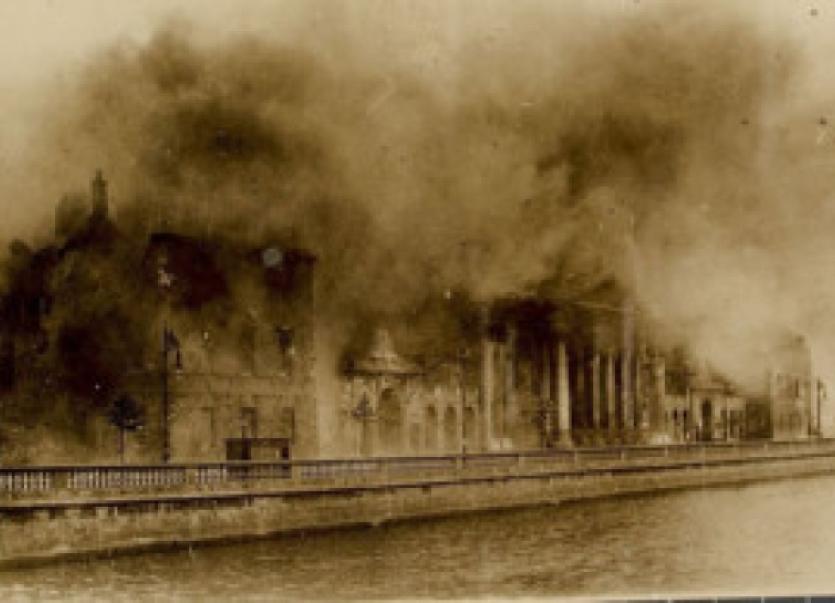 Free access to birth, marriage and death records from 27-30 June

Free access to birth, marriage and death records from 27-30 June

Leading Irish family history website findmypast.ie, has launched an online resource for anyone tracing their Irish ancestry, to coincide with the anniversary of the loss of vast numbers of historical Irish records in June 1922.

Just after 2pm on the 30th June 1922, two massive explosions reduced the Public Records Office of Ireland, housed in the historic Four Courts in Dublin, to a shell. Inside, hundreds of years of Irish history and millions of records - including nearly all the Irish census records from the 19th century - were reduced to ash. After the explosion, burnt fragments of documents fluttered around Dublin city, some as far as Howth. Notices appeared asking people to return any fragments of documents that they might have found, no matter how small or badly damaged. It’s believed that many were kept as mementos.

That event is seared in the mind of family historians worldwide because since then, Irish genealogy has been notoriously one of the most perplexing to trace. However, according to findmypast.ie, all is not lost.

“Such a huge loss of records is a tragedy but our ‘Ashes to Archives’ initiative shows people that although, as a result, Irish ancestry is one of the most challenging to pursue, it is also one of the most rewarding. There are countless substitutes you can use when building your Irish family tree and we showcase these” said Cliona Weldon, General Manager of findmypast.ie.

The online collection of resources focuses on what records were lost in 1922, what survived and the millions of surprising alternatives available for tracing your Irish roots. There are also tips on getting started on your own Irish family history.

Also, as part of the campaign, findmypast.ie are offering completely free access to the Irish birth, marriage and death records on their website from Thursday 27 to Sunday 30 June.

“Birth, marriage and death records are the starting point for anyone wanting to trace their Irish family history and these will be free on findmypast.ie to mark the anniversary of the Four Courts records loss. This should encourage everyone to get started on their family trees as soon as possible. You never know what you’ll discover!” Cliona commented.

To learn more about what records were destroyed in 1922 and to access over 21 million Irish civil records for free visit http://www.findmypast.ie/articles/irish-records-office-destruction before 30 June.