The event will raise much needed funds for suicide awareness and prevention. 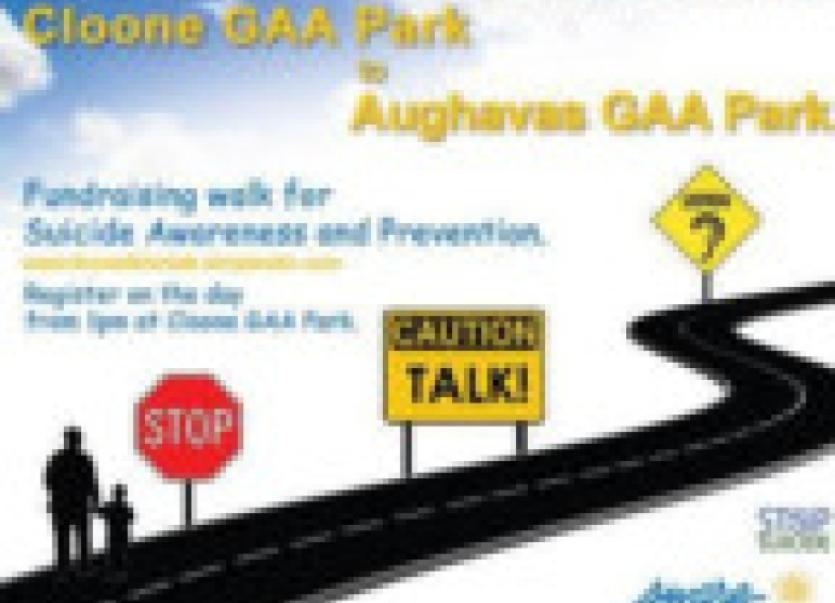 A community which has been devastated by a number of suicides over the last 13 years is fighting back with a special Walk for Talk event planned for Saturday, July 27.

A community which has been devastated by a number of suicides over the last 13 years is fighting back with a special Walk for Talk event planned for Saturday, July 27.

Roísín herself is no stranger to the impact of depression and she readily admits to having suffered the illness during her teenage years.

“It’s something that I have experienced myself and I always talked about doing something to help others going through the same thing I had. A few months ago I just decided to go for it and I suggested to a few other people that maybe we could do some sort of fundraiser. They were really positive and it’s just grown from there,” she explained.

“The whole aim of the Walk for Talk is to raise not only money for two very worthy charities, but also to raise awareness about mental health, about depression and suicide prevention. I think that the more we talk about things like that the less of a stigma there will be around it and maybe, just maybe, more people will feel that they can ask for help.”

The walk will start at Cloone GAA Park on July 27 with registration from 1pm. Participants will head off at 2pm walking or running the six kilometre route to the finish line at Aughavas GAA Park.

“I want as many people as possible to get involved in this as all the funds raised are going to two brilliant organisations. The work that they do is phenomenal. It is life changing but they need funds to be able to keep providing services like helplines and counselling,” said Roísín.

Local sponsors have already gotten behind the fundraising initiative with DPS Print in Carrick-on-Shannon printing posters free of charge for the event. CK Signs have also sponsored two 4x4 hoarding signs and Finbar O’Donoghoe Photography has sponsored keyrings. Fiona McLoughlin, has also designed the posters and website for the event. A big thank you also to Mickey Lohan, Cloone GAA and Ciaran McCabe, Aughavas GAA for use of the grounds for the event.

“I just want everyone to get behind this event, to get involved and make a real difference. This is about getting out there and showing you care,” said Roísín.