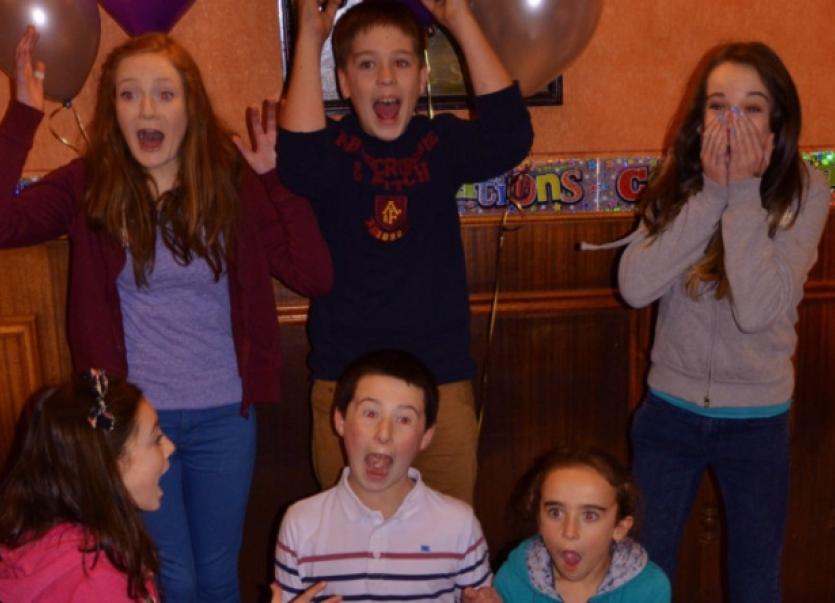 Six Leitrim kids will have their dreams come true when they perform their award-winning Sean Nós dance routine on the famous Late Late Toy Show.

Six Leitrim kids will have their dreams come true when they perform their award-winning Sean Nós dance routine on the famous Late Late Toy Show.

Edwina Guckian’s troupe are one of the selected groups to perform on the must-see annual show which will air on Friday, November 29.

The group are Lily & Anna Crosby from Annaduff, Roisin & Tara Noone from Carrick-on-Shannon, Liam Taylor and Jack Hughes both from Drumsna.

The talented performers were selected from over 4,000 groups from all over Ireland who auditioned for their big chance on Ireland’s most watched show of the year.

The group of six aged from 10-14 sent up a video of their performance and then got called for an audition over the October mid term before they were told the big news last week.

Leitrim Rose Edwina Guckian said the kids were “over the moon” with the news.

She said it has been a huge year for the six dancers who won TG4’s Jig Gig and also came second place in the All Ireland Community Games.

Edwina said the group hope to perform the routine that they won the Jig Gig with, but they will be told their time slot at RTE rehearsals this Sunday.

Edwina told the six dancers the big news in Taylor’s Bar, Drumsna last week and she said their faces and the noise from them was “unreal.”