Relief for local community but they vow fight will continue 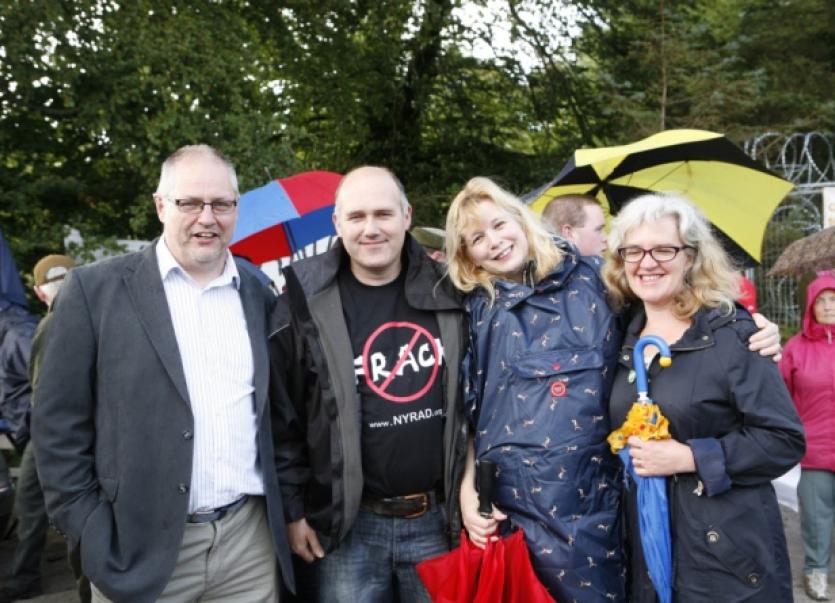 A spokesperson from one of the cross community groups representing the people directly impacted by the proposed drilling by Tamboran in Belcoo has spoken of their deep sense of relief following Monday’s announcement by Northern Ireland Minister for Environment, Mark Durkan.

A spokesperson from one of the cross community groups representing the people directly impacted by the proposed drilling by Tamboran in Belcoo has spoken of their deep sense of relief following Monday’s announcement by Northern Ireland Minister for Environment, Mark Durkan.

Diane Little from Letterbreen and Mullaghdun Partnership said that the Minister’s decision rejected Tamboran’s proposals for exploratory drilling in Fermanagh under permitted development rights had been met with relief by the local community.

“We were facing into a difficult week and the situation was very intense so this has been a huge sense of relief for us all,” she acknowledged.

She said that local residents had felt under tremendous stress since Tamboran staff had “come in during the night” on July 21.

“We are still very worried about what will happen. We feel this has been forced upon us and it is very difficult when you feel that you are having to fight your own government,” she observed.

Ms Little said that people could not comprehend why anyone would pursue gas as a viable energy especially when it would require such a labour intensive and environmentally destructive extraction method as hydraulic fracturing.

“It makes no sense at all. All reports into energy provision say that renewables are the answer. Gas is just boom and bust. It comes in and wrecks the place, it poisons the land and it divides communities. Nobody wants that,” she noted

Ms Little said that the people of Fermanagh were calling on the people of Leitrim to continue the fight against fracking and she urged the people of the Republic of Ireland to lobby the Dáil to ensure that these are banned for all areas North and South.

She said that while Northern Ireland’s Minister for Environment, Mark Durkan’s stance on the situation in Belcoo was a “small victory”, she stressed the need for a united front to ensure that no more inroads are made with fracking.

“What we (the people of the North) need now is for the Dáil to vote against this, to vote in favour of maintaining Ireland’s reputation as a clean, beautiful tourist destination and agricultural producer,” said Ms Little who also urged the people of the Republic to consider legal action over the lack of consultation over what Tamboran were planning to do in the North.

She warned that Tamboran Resources are “not going to go away”.

“They see profit under our feet and they want to make money. Our campaign has been all about loving the land and our community and working to present a united front. Northern Ireland has seen enough division and intimidation. We don’t need to see fracking here and neither does anyone in the South.”