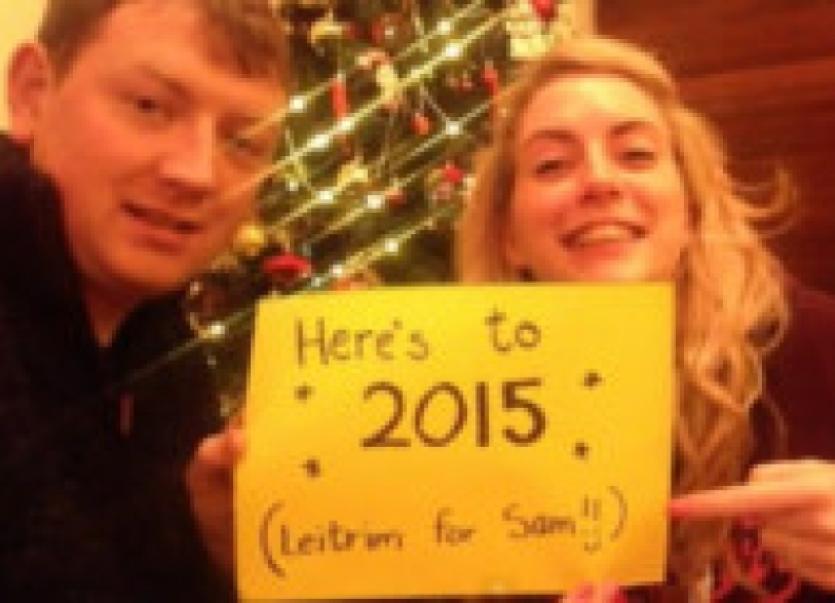 What started out as a novel way to mark the passing of a year, has become something of a youtube sensation for Co Leitrim’s own former Rose of Tralee, Edwina Guckian.

What started out as a novel way to mark the passing of a year, has become something of a youtube sensation for Co Leitrim’s own former Rose of Tralee, Edwina Guckian.

Her video project recording one second of film for each day of 2014 has already amassed nearly 28,000 views since it was uploaded on January 2, 2015.

Edwina is surprised by the level of interest in her year-long project.

“I think that I saw the idea a few years ago on a film or in a book and I let it sit for two or three years and then I thought, why not start filming, but I never could have imagined it would be so popular. That is a complete surprise,” she admitted.

The process itself could not have been simpler. Edwina just downloaded an app on her phone which allowed her to record short pieces of film and store them sequentially throughout 2014.

“Really the biggest part was actually filming for a second every single day,” she said, “I was afraid that I might give up, but it was really simple to do and at the end of the year I just moved the footage to my imac and added the music.”

The film, which runs for nearly 8 minutes is an uplifting record of the simple joys that many of us experience and that is probably the key to its social media success.

There are shots of family pets, birthdays, dances, music sessions, friends, family and it is all topped off by a very special announcement for Edwina - her engagement!

In fact, Edwina admits that the launching of the film at the start of 2015 was not just the culmination of a year of videoing, it also was a unique way to let everyone know that her fiancé had proposed.

But even she could not have foreseen just how much attention her short film would get.

Attracting national and local press attention, Edwina even had a visit from a RTE film crew to the national school where she teaches as a result of the youtube video.

“A RTÉ film crew came and recorded their visit with my class. They showed them the video as well. It’s all been a bit incredible really,” said Edwina.

“I’ve even heard that more people have decided to start their own video record for 2015 after seeing my video and I just hope that they have the stamina to complete it because it really is worth it.

“Now I have something I can keep forever and I am even filming again in 2015 . Hopefully I won’t give up half way through!”