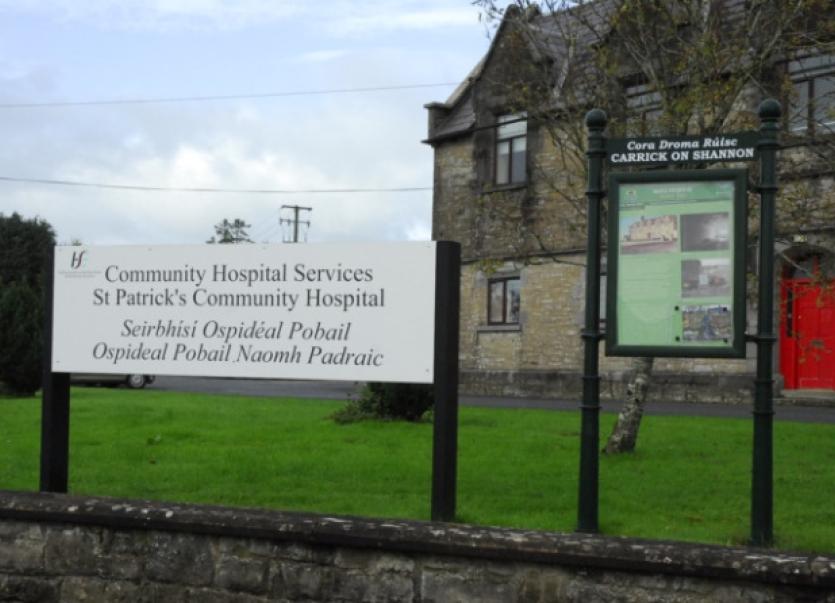 A HIQA report into operations at St Patrick’s Community Hospital, Carrick-on-Shannon has highlighted serious staffing issues at the facility.

A HIQA report into operations at St Patrick’s Community Hospital, Carrick-on-Shannon has highlighted serious staffing issues at the facility.

The report, published on Monday, January 5, is based on an inspection carried out on October 9, 2014, a month after the Irish Nurses and Midwives Organisation (INMO) highlighted the “untenable situation” at the Hospital because of the impact of the HSE’s long-standing ban on recruitment and what the union described as “the HSE’s failure to recognise the risks to patients as identified by nurses”.

While previous HIQA reports at St Patrick’s have been uncontroversial, at the time of the most recent visit by HIQA inspectors last October concerns were raised about staffing levels and the impact on the delivery of nutritional and end of life care to residents.

Inspectors also highlighted a lack of nutritional supports and unsuitable meal choices for patients, issues with the physical layout of the facility along with problems with poor medication management and the use of chemical restraints.

The report noted that, in one instance, a resident had lost 12kg in a two month period, however his weight was not checked until he was admitted to a new ward and interventions were put in place to help him address this weight loss.

Inspectors also found that some of the supper menu options, such as chicken nuggets and chips, were not deemed nutitional or suitable for those with swallowing and chewing difficulties.

Concerns were also raised about the numbers of patients who were remaining in bed all day and the availability of food for patients between tea which is served at around 4pm and breakfast the following morning at 8am.

While the report noted that residents and family surveyed by the HIQA inspectors were “happy in the centre” it was noted that surveys had highlighted the need for “more staff to meet the resident’s care needs.”

Since the HIQA inspection was carried out at St Patrick’s all areas of concern have been highlighted to Hospital Management and actions have been taken to remedy all issues with the vast majority of actions to be in place by the end of this month.

A comprehensive staffing review is being undertaken to ensure the safe and effective delivery of care. Initial changes will be brought into play in two units from January 19 with a roster change which will enable more staff to assist residents with personal hygiene such as showering.

Plans have also been presented to the HSE outlining a proposed increase of single rooms to allow for greater privacy for residents during end of life care.

Criticism of the dining room area of the building has also led to plans being formulated to make improvements to ensure this area is both welcoming and homely for residents.

Staff have also reviewed the meals offered and are looking at changes to meal times to help facilitate patients who require assistance.

It was however, pointed out by Hospital administration that, although formal meal times suggested a gap of some 16 hours between tea and breakfast the subsequent day, kitchen staff were available to make meals outside these times. HIQA inspectors had indicated that they had concerns, at the time of the inspection last October, that there were insufficient food supplies in the kitchen to cater for this, but the Hospital management has stressed that, on the date of the inspection, the food for nighttime would not have been delivered at the time Inspectors were checking food stocks.

“This (delivery) is normally done as late as possible in order to ensure that the food is as fresh as possible for residents,” noted the Hospital in response to the HIQA inspection.

In a bid to address issues raised about weight records for residents, St Patrick’s Clinical Nurses will now conduct regular monthly auditing to ensure that the BMI and weights of residents are regularly recorded and any changes would lead to referrals for immediate intervention.

Criticism of the storage of medications has also been addressed with the hospital noting that the medication trolley is normally stored in an appropriate area locked to a wall as required under the regulations, when not in use.

One area of contention in the HIQA report was the assertion that staff were failing to use chemical restraint in the Hospital in line with national policy, however Nursing Administration at the Hospital responded by stressing that they were of the belief that “Chemical restrain is not being practiced in St Patrick’s. However to ensure this statement is correct, the Pharmacy service have been requested to verify the use of certain medications and audit their use and match these against the presenting conditions of all residents.”