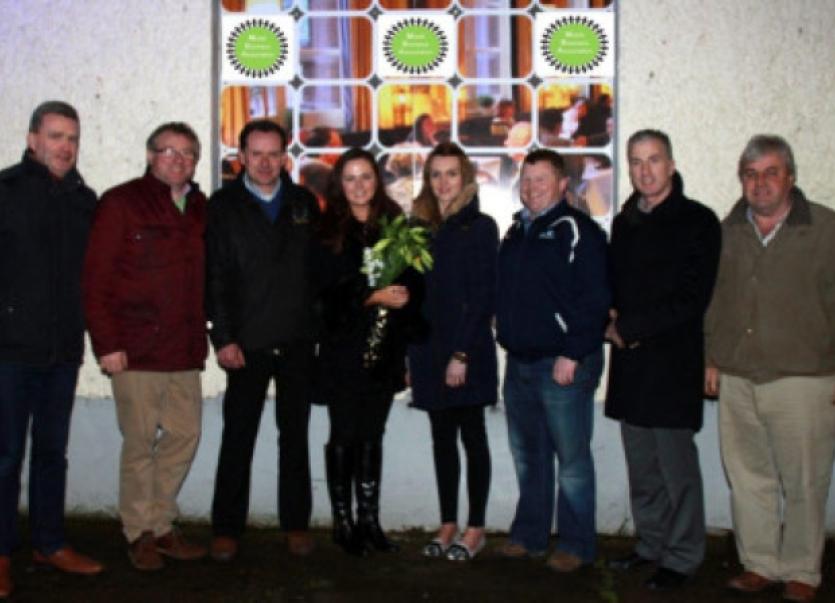 Cheltenham is a placed of mixed fortunes for many but for Co Leitrim milliner, Jennifer Wrynne, Cheltenham 2015 was very lucky indeed as she secured the coveted title of Best Dressed Lady on Ladies Day.

Cheltenham is a placed of mixed fortunes for many but for Co Leitrim milliner, Jennifer Wrynne, Cheltenham 2015 was very lucky indeed as she secured the coveted title of Best Dressed Lady on Ladies Day.

But it could have been a near thing, because when the finalists were named on March 11, Jennifer, who had travelled to the festival with her family, had left for the day to indulge in a spot of shopping with her mother.

“We had gone to where we were staying and I got a text message from a friend asking “where are you?”. She told us to get back to Cheltenham as soon as possible and we literally got back to the racecourse by taxi at 3.15pm and the winner was announced at 3.30pm!,” the 25-year-old milliner laughingly recalls.

“I don’t know who was more shocked, me or my mum. I just couldn’t believe it when they announced my name. It was a like a dream.”

Not only did Jennifer walk away with €20,000 in prizes including spa weekends, clothing vouchers and jewellery, she also made international headlines with her striking emerald green gown hired from Covet boutique in Dublin’s Powerscourt shopping centre; a vintage fur stole; a pair of silver Jimmy Choos; a clutch from Louis Vuitton and her very own amazing hat design featuring raspberry tones highlighting beautiful handcrafted gold lace.

In fact you could say that Jennifer was the luckiest attendee at the races, securing not only the Ladies Best Dressed title but also featuring in the national press for her outfit on the racing festival’s first day as well!

“For the last few years our family has gone to Cheltenham because one of my uncles has had a horse running in it. This year was the first year that we went when our family had no horse running and I never believed that it would be such an incredible trip,” said Jennifer following her return to Co Leitrim last week.

Jennifer told our reporter that she was “still having a heart attack” over last week’s win but was delighted to see that her win had opened even more doors for her business here in Ireland and, especially in the UK.

“I didn’t go with the idea of winning Best Dressed Lady, but I have been going to race meetings because it is the perfect way to showcase my designs,” she acknowledged.

Since her win, she has secured two new UK stockists for her designs and has also seen a flood of orders for her bespoke creations.

In 2008, Jennifer moved to Dublin to work as a Visual Merchandiser for Louis Vuitton in Brown Thomas. During this time, she also studied at The Grafton Academy of Art & Design. Jennifer launched her first hat collection in 2011. Since then her designs have attracted acclaim featuring in national and UK magazines and newspapers as well as attracting a growing following from celebrities such as Vogue Williams.

But despite this success, Jennifer remains very grounded admitting that she had left her outfit choice for the 2015 Ladies Day to the very last minute.

“I’d love to be one of those people who plan their outfits weeks in advance but the truth is I am almost always doing things at the last minute and the Friday before we went to Cheltenham I saw the dress on facebook and my brother drove up to Dublin to pick it up on Sunday and we flew out on Monday. I literally spent the entire night up finishing the hat (for Ladies Day) before we left,” she explained.

“I don’t know who was more shocked when I won, me or my mum.”

The celebrations continued well beyond Cheltenham however. Arriving back into Mohill on Friday evening last week, Jennifer was treated to a very special welcome home by locals.

“We were driving into Mohill and I saw the signs congratulating me and I thought “that’s so nice”. Then I saw a fire and the fire brigade and I just drove past. People were then waving me down and telling me - “you missed it, the bonfire was to welcome you home”,” Jennifer sheepishly admits.

“I nearly missed the whole homecoming! But it was wonderful to have so many friends and family come out to welcome me back home. That meant so much to me. I have been completely overwhelmed by the good wishes that I have received over the past few days. I feel so very lucky”.

And, if the growing number of orders for her designs doesn’t keep her busy enough, Jennifer also started her own successful online fashion blog in October 2014 which has attracted a growing crowd of followers.