Angry reaction to slur on voters 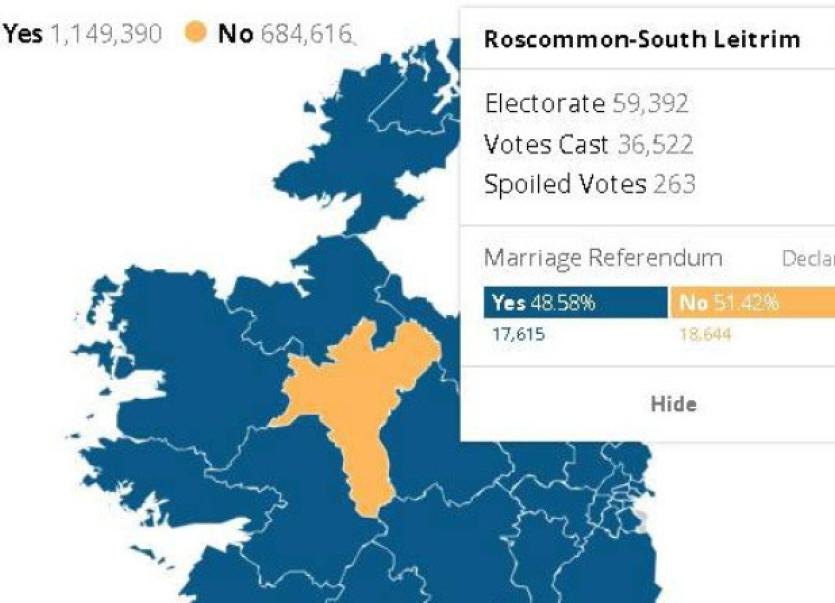 There has been a strong and vocal reaction to criticism of Co Leitrim following the Marriage Equality Referendum result last Saturday.

There has been a strong and vocal reaction to criticism of Co Leitrim following the Marriage Equality Referendum result last Saturday.

In a tidal wave of joy and emotion, the referendum was passed nationally by 62.1% in favour and 37.9% against.

The outcome in Roscommon-South Leitrim has caused quite a bit of consternation on social media with both counties coming in for cheap and unfair criticism.

A tweet last Saturday by author Marian Keyes describing those here who voted ‘no’ as “hate-filled bigots” was met by a storm of protest which led to her apologising profusely for her comment.

One of those to defend his home county was 2fm’s Paddy McKenna from Drumshanbo who said Leitrim people are “mostly used to being forgotten about and not noticed.”

The available tallies would suggest Co Leitrim as a whole voted against the proposal but we cannot be definite on that.