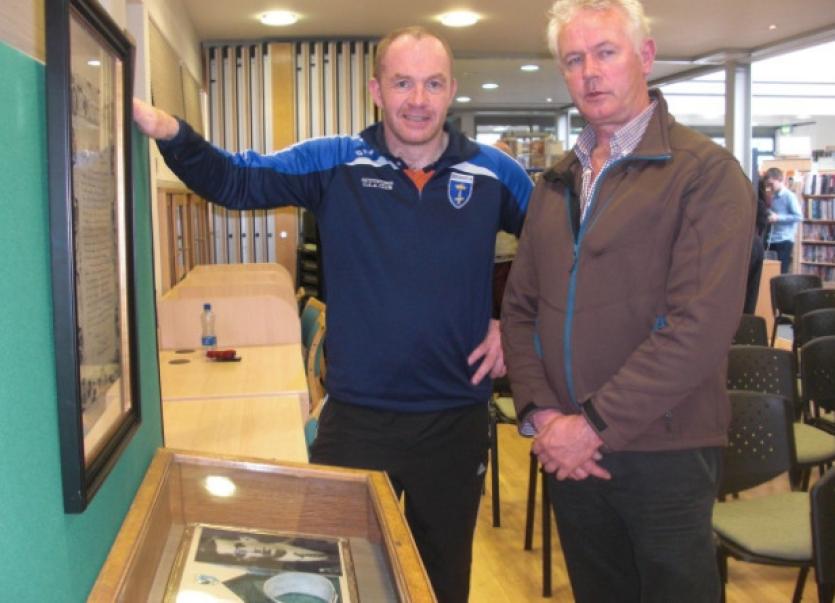 To commemorate the 99th anniversary of the execution of our most famous ‘Leitrim Son’, Seán Mac Diarmada, an event was hosted at Ballinamore Library on Tuesday May 12.

To commemorate the 99th anniversary of the execution of our most famous ‘Leitrim Son’, Seán Mac Diarmada, an event was hosted at Ballinamore Library on Tuesday May 12.

Unprecedented crowds flocked to Ballinamore Library and the documentary film about MacDiarmada was repeatedly played every hour on the hour throughout the day. This documentary was originally televised in 1966, around the time of the 50th Anniversary of the Rising. It included discussion by members of his family, peers, colleagues and others, all of whom, held Mac Diarmada in high esteem.

His former girlfriend, Josephine Mary (Mim) Ryan spoke poignantly about her visit to see him in Kilmainham Jail on the eve of his execution.

Apart from the film, there was a display of books and publications about MacDiarmada and also an exhibition about his life and times, along with his suitcase which was bought by the Library in 2008 and other memorabilia.

Second level students along with history teachers, Kevin McManus from Drumshanbo V.S. and Seamus Mullen from Ballinamore C.S. visited the Library on the day.

Pupils and teachers from Ballinamore Primary Schools availed of viewing this most informative film too. People from Ballinamore, Aughavas, Cloone, Gortletteragh, Bornacoola, Carrick-on-Shannon, Drumshanbo and many parts of North Leitrim congregated throughout the day.

Such is his interest in the topic, one 11 year old boy, Dylan Gallagher from Roscommon, made plans for his Grandparents to collect him from his primary school in Drumshanbo and bring him to Ballinamore Library to view the documentary and exhibition.