Pablo in Nose of Tralee final 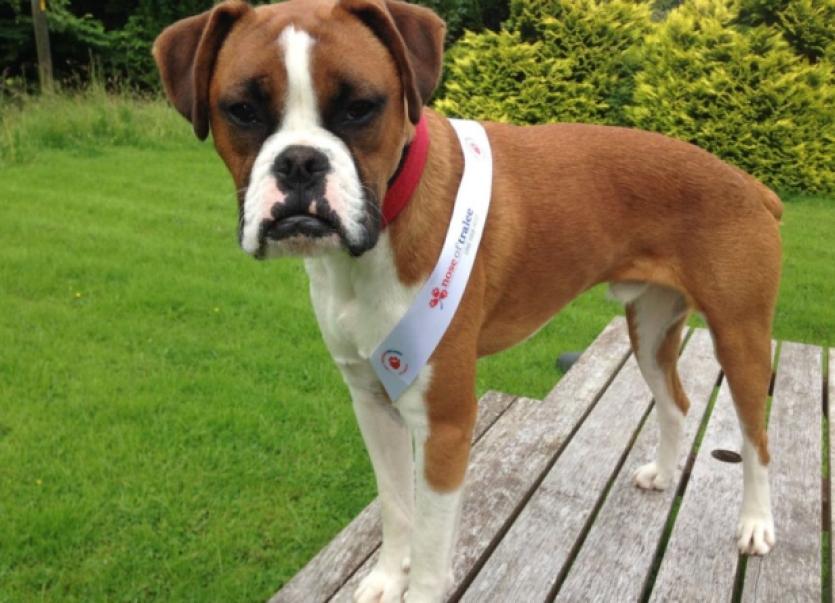 Pablo has been selected to represent Co Leitrim in the annual ‘Nose of Tralee’ competition and he needs your support to win.

Pablo has been selected to represent Co Leitrim in the annual ‘Nose of Tralee’ competition and he needs your support to win.

According to owner Rebecca Allen “He is a bouncy Boxer, adopted into our family home near Mohill at the age of six months, in February this year.  He has since captured our hearts with his fun loving loony antics.

“He likes to spend his day chasing tennis balls, jumping through hoola hoops, chewing on the herb garden and re-arranging the contents of the shed.

“He enjoys long walks, especially if carrying a stick is involved. The bigger the stick the better.

“We are very proud of him. He has also featured in Boxers of Instagram and Boxer Dog Owners Unite (Facebook) this year.

“The Nose of Tralee competition is organised by Pet Sitters Ireland and Pablo would be very grateful for any votes at petsittersireland.com/nose-of-tralee”

Public voting started on Monday last, July 27 with the All Ireland winner announced on August 18.