Cannonball is coming to Carrick 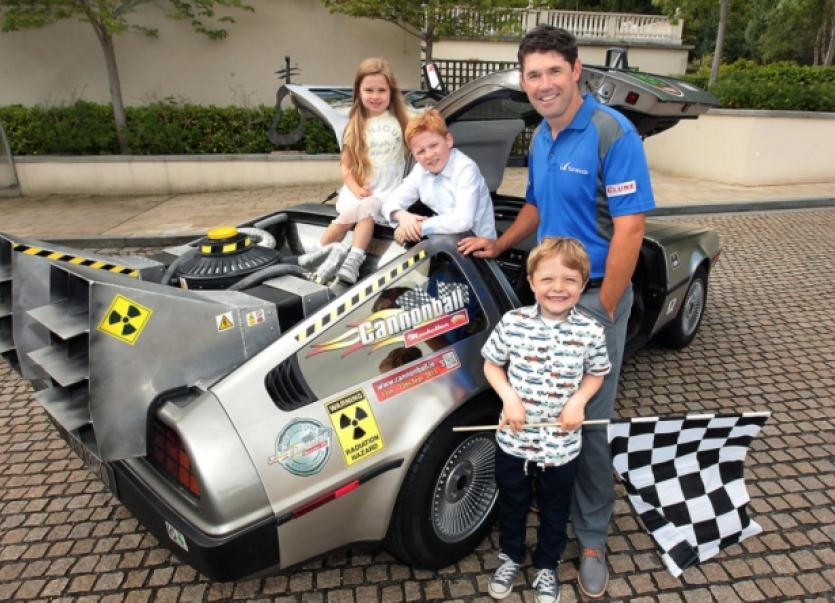 Cannonball is coming to Carrick-on-Shannon on Friday September 11th for its first pitstop.

Cannonball is coming to Carrick-on-Shannon on Friday September 11th for its first pitstop.

Ace golfer Padraig Harrington took time out from the fairways as he joined Ross Bannon (7) , Fen Flannelly (5) and Daragh Gorman (5) in an authentic Delorean to support the Make-a-Wish Foundation which is the chosen charity of Cannonball 2015 from 11th to 13th of September. “I am proud to be an ambassador for the Make-A-Wish Foundation and delighted to be helping them to launch this year’s Cannonball event.” said Harrington “The Cannonball road trip is sure to be a fantastic spectacle and I hope as many people as possible come out to enjoy the festivities while raising money for this worthy children’s charity.”

Cannonball, sponsored by Manhattan Popcorn, is the largest organised road trip in Europe and the most exciting motoring and social event of the year with most of the world’s top mark cars such as McLaren, Lamborghini, Ferrari, Aston Martin, Porsche, Masseratti, Rolls Royce and Bentley. New in 2015 are the Pagani Zonda, Keonigsegg and Carrera GT. These are 3 of the most unique cars in the world and are being shipped in to Ireland for the event with a combined value of €4 million. This year the start line for Cannonball will be at the Point Village, Dublin on Friday September 11th. The gleaming convoy will drive through 900KM of Irish open roads through Dublin, Leitrim, Sligo, The Wild Atlantic Way, Killaloe, Killarney, Cahir and finishing in Wexford. The spectacular convoy will be more impressive than ever with free family festivals all over the country and over 150,000 spectators are expected to line the streets all over Ireland.

Cannonball 7 will raise money for the Make-a-Wish Foundation which is a children’s charity that grants magical wishes to children between the ages of 3 - 17 years with life-threatening medical conditions.