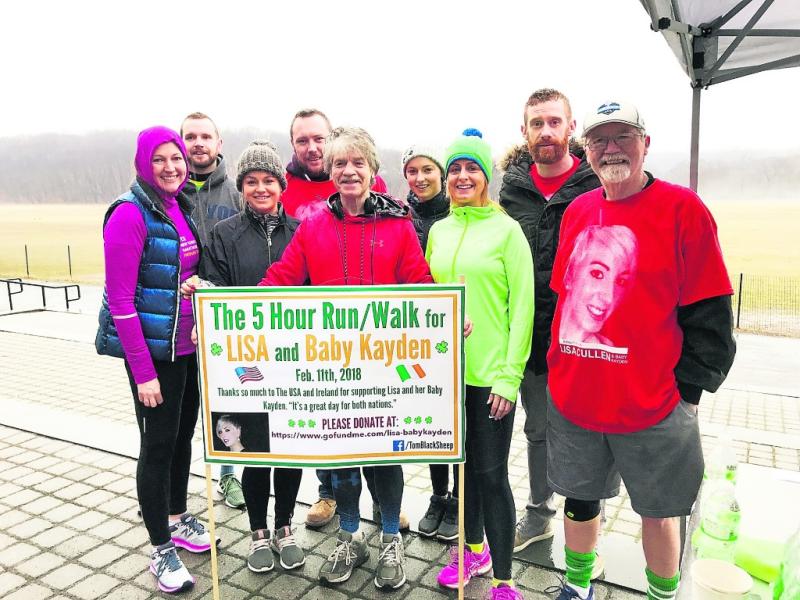 Regarding Tom, Frank Brady says “McGrath, a Fermanagh native, has devoted much of his life to running to raising funds for a great variety of causes. Incidentally he was also in the Guinness Book of World Records for running across the US in 1977.

“In addition he has completed a number of 1,000 mile runs around the reservoir in (New York’s) Central Park, as well as running six marathons in six days. Tom was also the winner of the first ever 24 hrs race staged in Ireland in 1996, as well as being a torch-bearer in the Olympics.

“He recently ran from Boston to New York in aid of the American Wheelchair Association. Tom is the proprietor of Black Sheep Bar in Manhattan, and he recently published his memoir also titled “The Black Sheep.”

Commenting on the five hour run event Mr. Brady also added “the Lisa Cullen and Baby Kayden Benefit was a tremendous success, and on behalf of the committee I wish to acknowledge the phenomenal support that we got from the Drumkeerin area.

“We are particularly grateful to the efforts of Seamus Gallagher and the Drama Club, the Drumkeerin GAA, Mary Bohan, Fr. Tom McManus and parishioners, the fundraising in Davitt's Pub, and all those who bought raffle tickets.

“It was also gratifying to note the very generous donations made by so many to the (online) gofundme campaign. Drumkeerin certainly came through in flying colours for Lisa and Baby Kayden. Lisa continues to improve and Kayden is thriving” Frank says in conclusion.