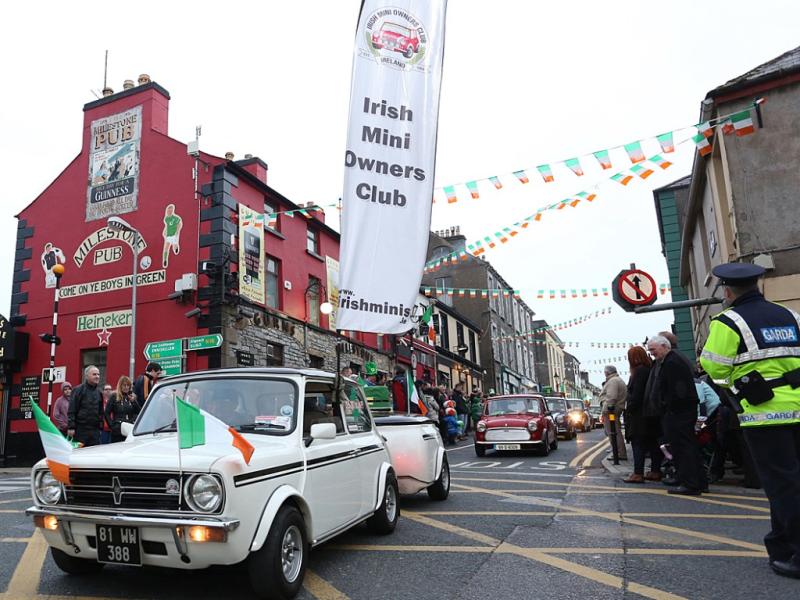 The countdown has begun for this year’s Manorhamilton St. Patrick’s Day Parade which will take place on Saturday, March 17 starting as usual at 5.30pm from the Fire Station.

The Manorhamilton St. Patrick’s Day Parade Committee is inviting all the area’s organisations, community groups, schools as well as any other group or club, to enter a float for the Parade. There will be prizes galore for Parade float entrants on the day.

Meantime the Parade Committee would like to hear from anyone who can help out with the parade on St. Patrick’s Day regarding stewarding, etc. All help offered in this regard will be appreciated greatly by the Committee.

If you are prepared to help out with the Parade on March 17 please phone the event’s chief organiser, Gerry Creamer on 086-3855090. Likewise if anyone has enquiry about entering a float for the Parade, please contact Gerry.