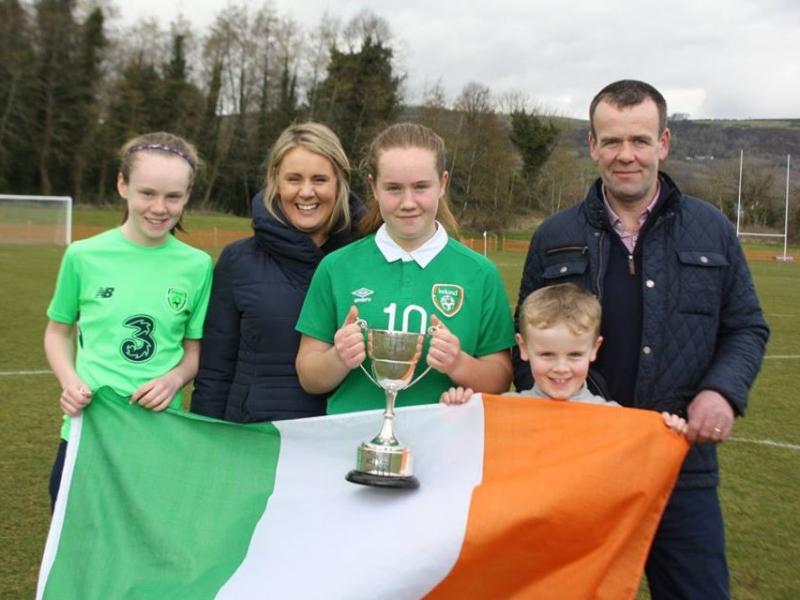 Manorhamilton student Muireann Devaney was to the fore for Ireland yesterday as she scored a stunning equaliser for Ireland in the final of the Bob Docherty Cup against England, an U15 tournament also featuring Northern Ireland, Scotland and Wales.

Muireann capped off a wonderful tournament for herself and for Ireland when she was named player of the tournament.

England showed more of the drive and commitment in the first half which saw them deservedly take the lead just before the interval with Lydia HUDSON finishing off neatly after Alyssa Aherne’s initial effort was blocked by Therese Kinnevey.

The pace and intensity of the Irish was building momentum as the half progressed and their hard working endeavour paid off midway through as Manorhamilton’s Muireann Devaney scored a sensational goal to level proceedings. 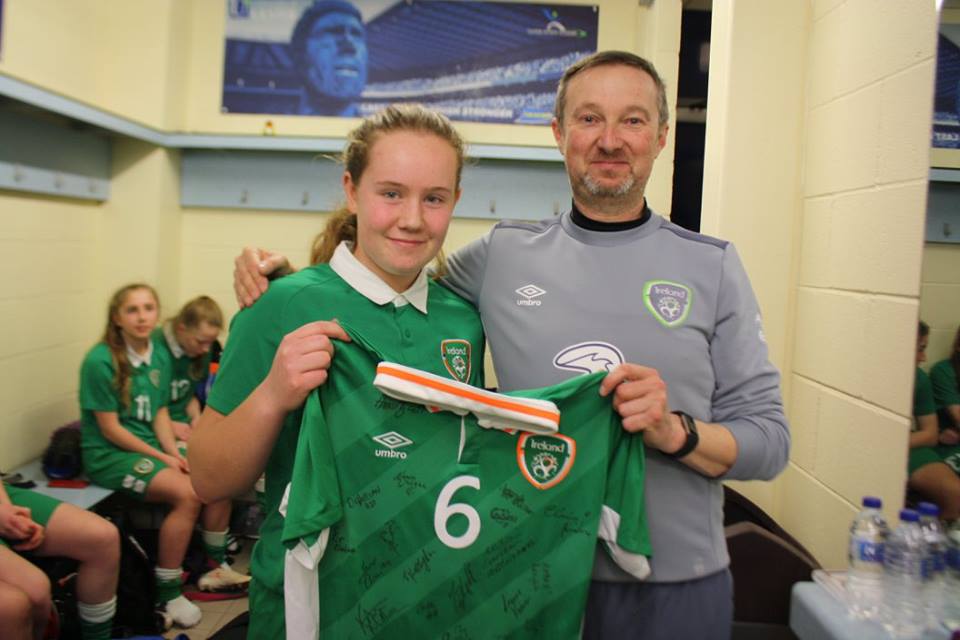 Muireann was named as player of the tournament and was presented with an Ireland jersey signed by the senior women's team.

Kerry Brown of Moville Community College was unlucky not to capitalise on some poor defending as Webb averted a dangerous ball in the box late on with another fine save moments later as Erin McLaughlin pounced for her brace.

It was an absorbing contest and a game of two halves as the Republic of Ireland were showing their pedigree as the game progressed, with the late win merited.

You can watch highlights from the tournament, including Muireann's stunning goal from yesterday below.

This weekend we've hosted the Bob Docherty U15 Girls Cup! Find out who won with a piece of individual skill in the final... pic.twitter.com/Dr16dlFhM1