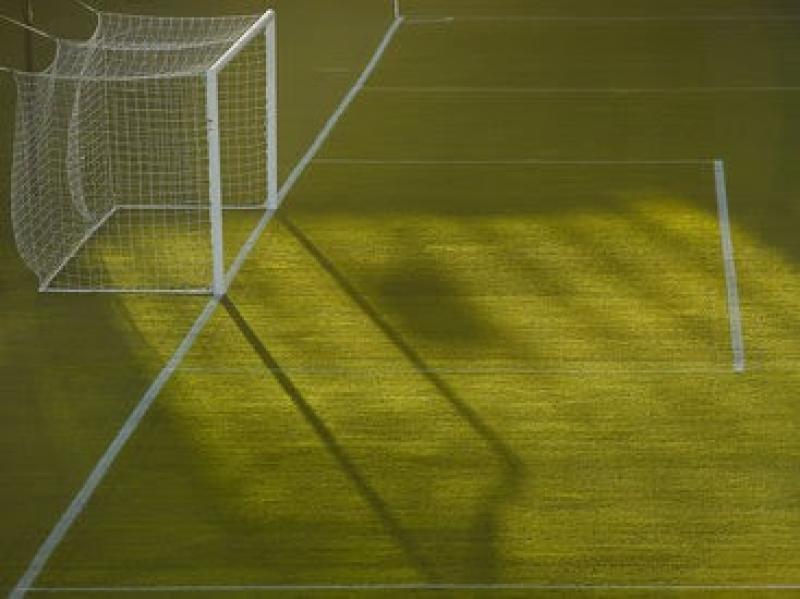 Manor Rangers welcomed Ballymote Celtic to the Bee Park for their clash in the Sligo Southern Hotel Super League on Sunday morning last and secured all three points and they now sit top of the table, but second place Carbury have five games in hand while Manor have just one game remaining.

Manor are flying high right now and Vincent Sweeney crashed home the opening goal on the half hour mark. Ballymote Celtic were very strong in defence and managed to keep the Manor strikers in check until five minutes from time when they were awarded a penalty.

The task was left to Manor's leading scorer Seamus Ryder who dispatched league goal number 15 to wrap up three brilliant points that sees the Manor Rangers go top of the Super League.

Ballymote Celtic will have taken a lot from this game and will be well fired home for their home game next weekend when they travel to St Johns FC a massive game for both sides.

MCR continue their dominance In the Andrew Mullen Premier League they made the short trip to the Institute of Technology Sligo and profitable despite their hosts Cartron United taking the lead on twenty-five minutes when the lethal boot of Kevin Buckley rattled the back of the MCR net giving keeper Tony Clarke little chance.

This brought Buckley’s league goal to seventeen but MCR were calm and collective and levelled matters on the stroke of half time when Ciaran Harvey fired home. The second half saw MCR tighter in defence and they took the lead on 70 minutes courtesy of Wayne Conway and ten minutes from time Gary Rooney sealed the points with a stunning free kick. Next week sees the clash of the giants when second placed Glenview Stars welcome MCR to Forthill.

Glasshouse Cup
The Glasshouse Cup quarter finals are now complete Carbury advance after defeating ten-man St Johns 3-1. The game was in the first quarter when David Heffernan was given his marching orders but St Johns held Carbury to within eight minutes of half time when Gareth Kelly opened their account. David Adams hit Carbury’s second on sixty minutes with Mark Mc Goldrick sealing the issue ten minutes from time. St Johns despite the scoreline and with ten men fought gallantly and were reward three minutes from time when Evan Davey struck a fine goal. This result gives Carbury a home game in the Glasshouse Hotel Cup Semi Final against Ballisodare United.

In the second quarter final Arrow Harps welcomed Ballisodare United to Riverstown and the visitors proved to strong with goals from Adam Grace Dylan Martin Darragh Healy and Andrew Patton firing The Boys from Ballisodare into the Semi Finals and on this form they will give a good account of themselves.

Clive Brennan gave stars the lead on twenty minutes and things stayed that way until Cathal Kelly levelled for Cliffoney Celtic on 65 minutes and three minutes later Stars were ahead again with a fine effort from Cole Coyle. Fifteen minutes from time Alan Harrison popped up to draw Cliffoney back on par and with ten minutes remaining Christy Keaney fired Cliffoney into the lead and they looked to be heading for the semi-finals. But Glenview Stars are made of sterner stuff these days and Gino O'Boyle was brought on with five minutes remaining and he fired home a glorious equaliser to bring the game into extra time.

Despite the best efforts of both sides the scores remained 3-3 with the game going to the dreaded penalty shootout. The accuracy of the penalties were so good that each had taken ten before eventually Stars netted the winner. Chaffpool United will now play Glenview Stars in the semi-finals.

Real Tubber travelled to Merville United in the other quarter final and looked to be home and dry after a first half goal from Eoin Walsh saw them ahead with only minutes remaining on the clock. But once again the irrepressible Ryan McManus came to the rescue of Merville when he equalised seven minutes from time. Real Tubber were stunned but worse was to come when four minutes later McManus notched his second. Real Tubber will now welcome South Sligo Rivals Benbulben FC from Grange in their semi-final.

Sligo-Leitrim DSL will now play Carlow in the semi-final of the Oscar Traynor at the Institute of Technology Astro Pitch date is Saturday 28th April Kick Off 3pm.