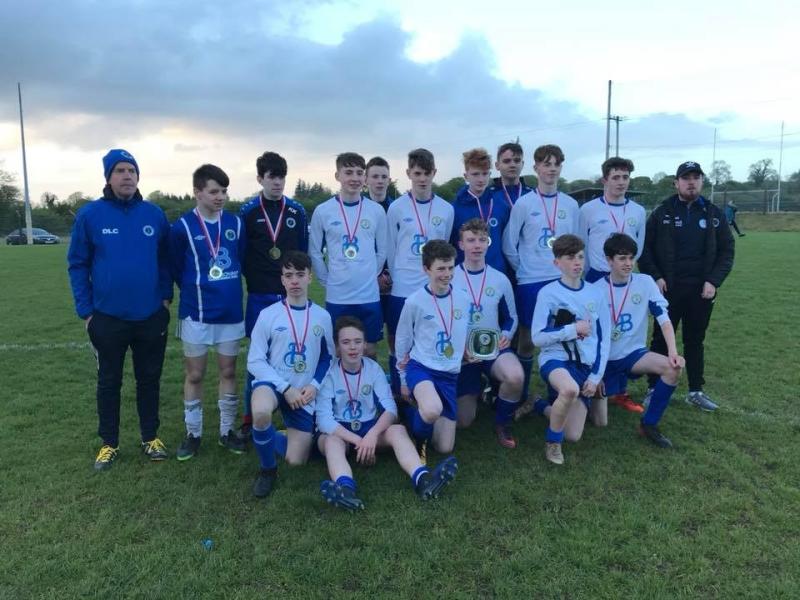 Manor Rangers staged a stunning comeback yesterday evening to claim victory over Ballymote Celtic in the Sligo/Leitrim U-16 Shield Final which was played in Brother Walfrid Park, Ballymote.

Manor Rangers started brightly with Diarmuid Giblin rattling the Ballymote crossbar with the game's first chance of note while Jack Faulkner also went close with an early chance for Manor.

Despite those early chances it was Ballymote who opened the scoring and it was to get even worse from a Manor point of view when Ballymote doubled their advantage.

However, Manor showed great resolve and no little skill as they began the task of getting themselves back into contention.

Diarmuid Giblin gave Manor hope that victory was still achievable when he executed a stunning lob to half the deficit.

Shortly afterwards Giblin turned provider as he found Oran Gethins in space in the six yard box and from close range Gethins made no mistake as he levelled matters.

Incredibly there was still time for further drama in the opening half but were Manor were to be denied a third goal before the break when the Ballymore goalkeeper made a fine save to thwart Giblin.

The third goal that Manor had worked so hard for arrived in the second half when a corner from Darren Gilmartin was forced home from close range by Jack Faulkner.

That strike proved to be the match winner as Manor Rangers held on for a hard fought but deserved victory.