Made In Manorhamilton launch tonight 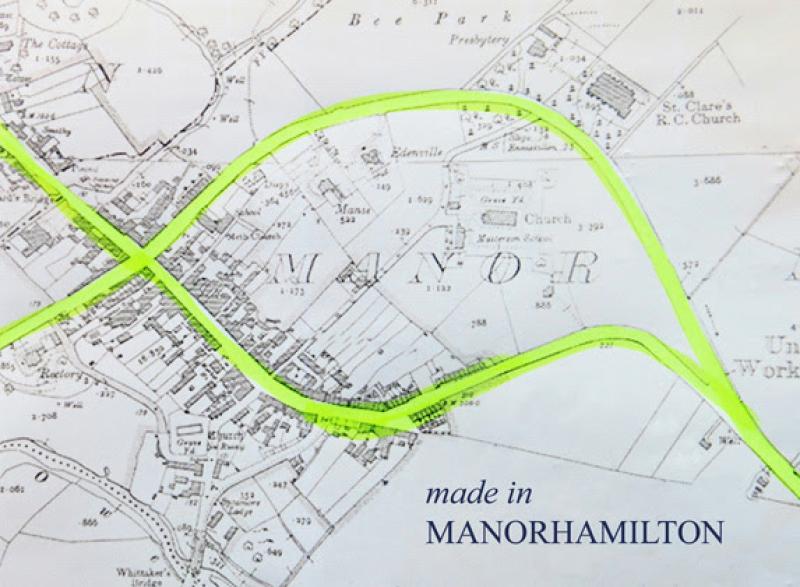 Made In Manorhamilton presents a collaboration between artist in residence Deirdre Nelson and the residents of the town of Manorhamilton with the Opening Reception taking place tonight, Friday, 18th May from 5-8pm at Leitrim Sculpture Centre, Manorhamilton.

It highlights and celebrates the ‘act of making,’ past and present, in a variety of forms, materials, objects, colour and text.
In developing the project the community are invited to interact with the exhibition by including their own ‘making’ practices and experiences alongside the artist.

Members of the public can loan to the exhibition a wide range of objects, materials, manufactured goods, produce, crafts and historical artifacts that reflect the diversity of making in Manorhamilton both past and present.

All items can be dropped off at the Leitrim Sculpture Centre gallery on New Line, Manorhamilton until Wed 30th May, from 11am – 4pm.

Donations to the exhibition can be collected by the public on Sunday, 3rd and Monday, 4th June between 11am – 4pm.

Deirdre Nelson is an Irish artist/designer based in Glasgow. Nelson studied textiles at Glasgow School of Art 1992 and obtained an M.Phil, in 1996.

Gallery opening times -  11am-4pm; Thursday to Saturday. Doors open at front of house. Tuesday and Wednesday - Go first to central reception at the side of the building.