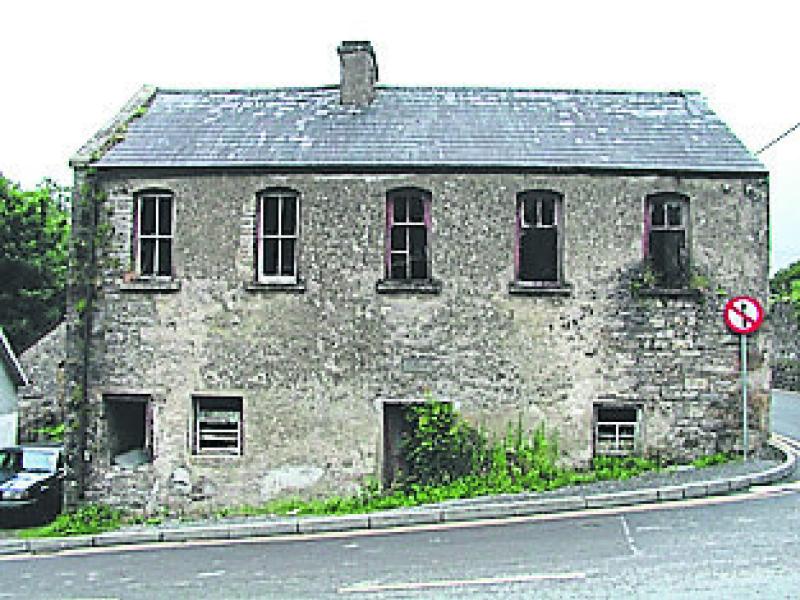 A report on Manorhamilton Girls Primary School in the Irish Folklore Schools Collection from June 20, 1936 highlighted serious problems relating to the two storey building at the bottom of Old Church Street, which was built in 1779.
This historic building is listed in the National Inventory of Architectural Heritage and probably was a mill originally before it served as a school.
Meantime the National Inventory of Architectural Heritage states “the structure contributes to the architectural heritage of the area and is a rare example of eighteenth-century structures in Manorhamilton.”
The following details were highlighted as health issues, etc., almost 82 years ago at a County Health Board meeting regarding the building’s use as a school in the in the Irish Folklore Schools Collection report.
“At the meeting of the Leitrim Board of Health held on Saturday last (June 1936) Mr. McGrath P.C., Chairman, presiding Dr. Reynolds, Co. Medical Officer of Health reported as follows regarding the Manorhamilton Girl’s School:-
“The number on rolls was 94. Entrance to it was by a back road, which is narrow, and there is a considerable amount of motor traffic on it.
“There is no footpath along this road, and children leaving school stepped on to the road at once.
“This school is of a rather unusual type; underneath it are slum houses which were or should have been condemned so unfit for human habitation, and which the board should have demolished as soon as the new houses in Manorhamilton were ready for occupation.
“There is no proper playground for the children. The existing one is part of a field down near the river and could not be used in wet weather or any time the river is high. There are dry closets for accommodation of the school – these appear to be fairly well kept.
“He (Dr. Reynolds) had already inspected the remaining buildings in the block in which the school is situated” and ‘in my opinion they are all unfit for human habitation and I propose that when the (ric) proper time comes to recommend that they be demolished.
“In my opinion the school should be condemned on the following grounds:
“(1) it is a very old structure and has underneath it slum dwellings unfit for human habitation and which until recently had occupants;
“(2) location: It is built right on the side of a narrow road on which there is a good deal of motor-traffic and children leaving school may step right in from of a passing car.
“In addition there is an old burial ground right across the road from the school – distant only five or six yards from it. (3) Inadequate playing ground; (4) Insufficient lavatory accommodation – Manorhamilton has a water supply and the school in it should have flush lavatories.”
The teacher listed in the Irish Folklore Schools Collection report is Charlotte G. Dillon and the report collector (writer) is T. Gilbride. The Irish Folklore Schools Collection was compiled between 1937 and 1939.