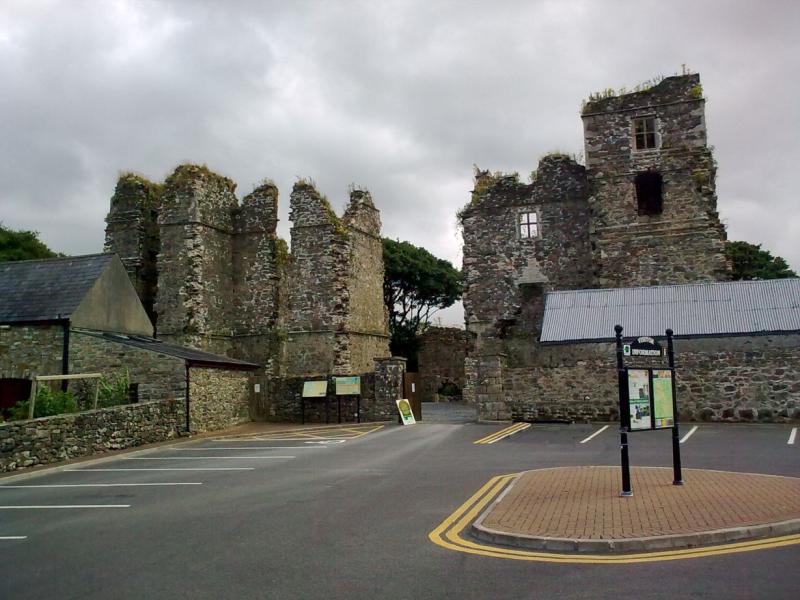 Manorhamilton will certainly be buzzing on this Sunday afternoon after the town’s second annual Old Fair Day Festival events get underway at 2pm at the Castle.
The North Leitrim Men’s Group is organising an excellent programme of events for the Old Fair Day Festival celebration that will keep everyone entertained.
There will be live music from 2pm until 6pm on the Fairgreen, just outside the historic Castle’s walls.
Among the performers that will be in action are the North Leitrim Men’s Group Band, the award winning dancers from Tahany Academy of Dancing, the highly popular local band “The Mullies Crowd” and the local traditional Irish musicians group.
The Old Fair Day Festival events will also include an interesting and animated live drama presentation plus different craft demonstrations, as well as market stalls.
This Sunday’s Old Fair Day Festival commemorates Manorhamilton’s famous fair day that took place annually in the past on May 8 each year.
An explanation as to the origins of Manorhamilton’s May 8 fair day is given in an interesting Irish Folklore Commission document of eighty years ago.
In the Irish Folklore Commission document, Michael McGoldrick, a student of the primary school (An Cluainín) wrote on the February 15, 1938 an item entitled “Fair Days of Olden Times.”
In the document Michael stated “there is a fair day held in this town on the twelfth day of each month. In May the fair is held on the eighth and on July the first and October the seventh.
“The July fair was changed from the twelfth to the first” because Manor’s Orange Walk took place on July 12. Regarding the event that Sunday’s Old Fair Day Festival is commemorating Michael wrote “the May fair was a hiring fair and so was the October fair also.”