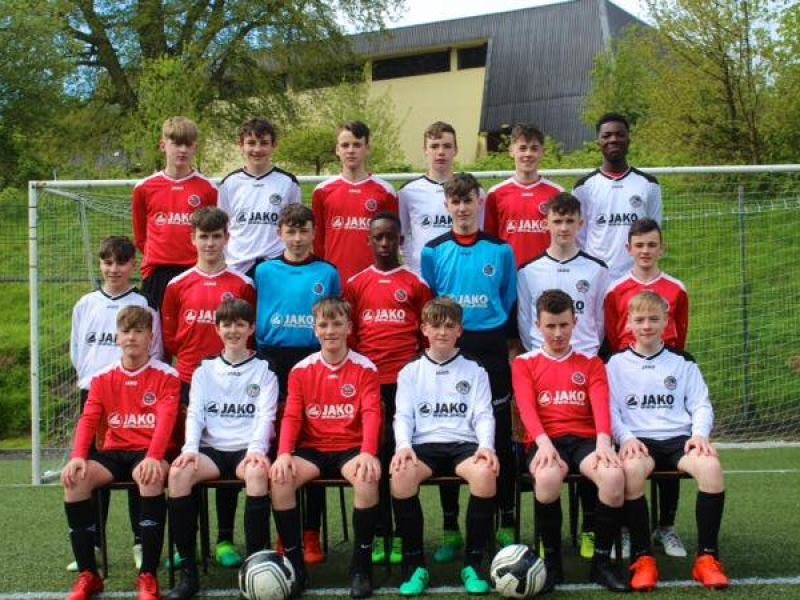 The Sligo Leitrim squad that will compete in the Kennedy Cup.

Fresh from their exploits in last week's Skechers Regional Cup Final in which they helped guide Manor Rangers to a Connacht title with an extra-time victory over Tuam Celtic, Manor Rangers duo Eanna Clancy and Patrick Montgomery will be representing Sligo/Leitrim in the SFAI Kennedy Cup which begins today in Limerick.

Sligo/Leitrim were runners-up in the competition last year with another Manor Rangers player, Peter Maguire to the fore for Sligo/Leitrim over the course of the tournament.

Sligo/Leitrim begin their Kennedy Cup campaign today when they face Waterford and will be back in action tomorrow against Drogheda.