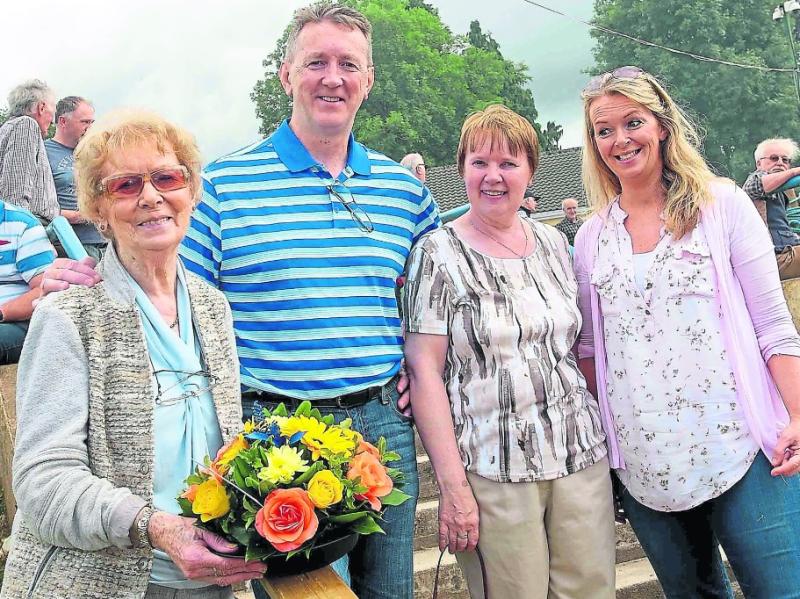 When the 2018 Manorhamilton Show launch took place in the Glens Centre on Friday night a bumper crowd was in attendance for the presentations of the North Leitrim primary schools art awards and a series of announcements regarding Show Day in the Bee Park on Saturday, July 28.

In his opening remarks Mr. McGurrin quipped as “King Henry VII said to all his wives, I don’t intend to keep you very long.” Hugh emphasised how important the Manorhamilton Show has been for all aspects of farming life in the area for over for a 175 years now.

Hugh McGurrin said that there are two things that are vital for the success of Manor Show Day, namely, “financial support and all the helpers” to run the event. The Chairman also remarked that this year’s Show Day will have “many attractions.”

One of the very important areas that will be highlighted on Manorhamilton Show Day will be Farm Safety.

Mr. McGurrin noted that unfortunately far too many people loose their lives in farm accidents. Referring to the terrible loss of life in farm accidents and quoting Irish nineteenth century political leader, Daniel O’Connell Hugh said that such accident deaths are not “worth the shedding of a single drop of human blood.”

In conclusion Mr. McGurrin praised all North Leitrim primary school children and their teachers for the excellent level of participation in this year’s Manorhamilton Show art competition.

Prior to presenting the North Leitrim primary school art awards, Show Secretary, Linda Slevin thanked all the schools and children for their outstanding entries, and in this regard she also singled out Leckaun National School for a special mention.
Meantime the award winning primary school Manorhamilton Show art entries, which were on display in the Glens Centre, were viewed and enjoyed by many in attendance on the night.

Wrapping up the Show launch event, PRO Arthur Bredin thanked Manorhamilton Livestock Mart’s Ivan and Wilfred Moffitt, who played a major role in the early importation of hay from England, which greatly benefited all local farmers during the recent severe fodder crisis.

Arthur also introduced local Save Leitrim and Save the West Group representative, Pat Munday who exhorted everyone to attend an information meeting, on the negative impacts of conifer plantations and the closing down of County Leitrim, which takes place in the Lough Allen Hotel Drumshanbo on this Friday night, June 22 at 8.30pm.