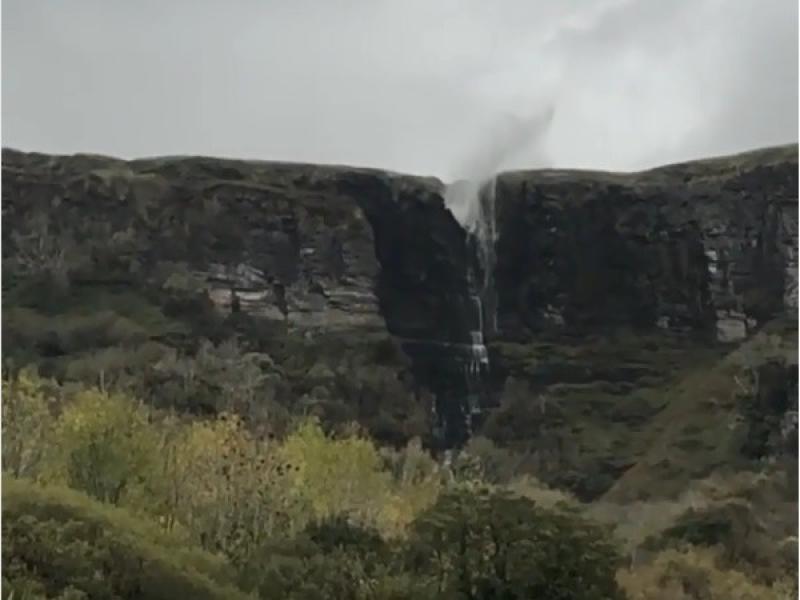 The Devil's Chimney located near Glencar on the Sligo/Leitrim border on the N16.

With Storm Callum proving to be not quite as bad as had been feared in this part of the country there has been one particular benefit to the presence of the high winds that hit the region overnight and this morning.

Located near Glencar Waterfall, the lesser known Devil's Chimney waterfall is looking at its spectacular best today as a result of the strong winds that Storm Callum brought.

The Devil's Chimney, also known as Sruth In Aghaidh An Aird, is in fact Ireland's tallest waterfall but is best known for the unique manner in which the water blows back up above the mountain top in high winds.

This unusual effect was captured today by a number of people on social media and it looks spectacular.

“Thar she blows” Just found out that this Waterfall is on the Sligo Leitrim border - thanks to the font of information (pardon pun) @ciaran.adams.3 #Sligo #Leitrim #wildatlanticway

Next of kin sought from Leitrim