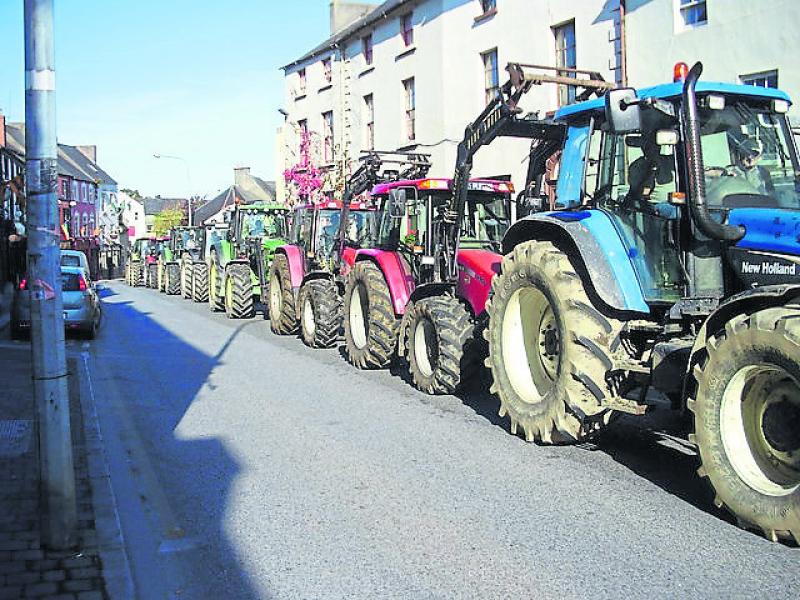 The proceeds from this New Year’s Day IFA Tractor Run will be donated to aid the support fund for young local man, Michael Gilgunn who was very seriously injured in a road traffic accident near Manorhamilton on Saturday, September 30, 2017.

The 2019 Manorhamilton IFA Tractor Run will be the eight annual such event that has been organised in that period to aid different local charities, like the North West Hospice, the Alzheimer’s Society of Ireland, Our Lady’s Day Hospital and a number of other most worthy causes.

All drivers that will be participating with their tractors in the Tractor Run are asked to assemble at 1.30pm on Tuesday afternoon at Manorhamilton Mart, so that the event can get underway as planned at 2pm sharp.

It is expected that more tractors will participate this year; so it is important that all motorists exercise extreme caution when travelling anywhere along the Tractor Run route and particularly in the vicinity of Manorhamilton Mart at the event commencement time.

All donations to the Tractor Run fund on the Tuesday will be most welcome and members of Manorhamilton IFA Branch will be at Manorhamilton Mart with buckets to accept contributions.

In addition contributions can be made to the fund in a number of local outlets who have a document available that people can sign their name on and make a donation.

Local Manorhamilton IFA members will also accept contributions to the fund over the next number of days from anyone who wishes to support the Tractor Run event.

Explaining how the initiative of organising a New Year’s Day Tractor Run originally came about Manorhamilton IFA member Liam Gilligan said “this idea was sparked because of a former chairperson who had Alzheimer’s.

“He used to go into a day-care service in Sligo. As a group, we thought it would be nice to organise something to offer our assistance and support.” Since that time the Tractor Run has received widespread local support from members of the local community over the years. The large amountof funding the Tractor Run has brought in has helped many people from the area with the provision of essential treatment for them.