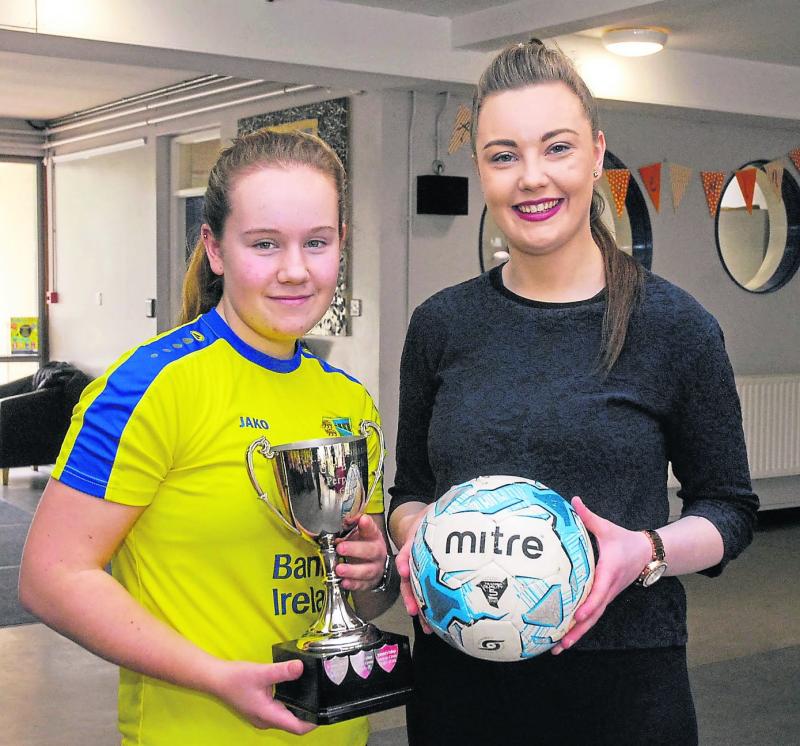 A regular nominee and winner at the Leitrim Sports Star Awards, St Clare's CS captain Muireann Devaney is an outstanding talent in a variety of sports but when looking ahead to next week's national final she is quick to pay tribute to all who have helped the team progress to this stage.

It has already been a terrific year of sporting success for the Manorhamilton school with provincial gaelic football and soccer titles in the bag for the girls and another gaelic provincial final still to look forward to.

Talking about the buzz around the school on the back of their sporting endeavours Muireann said: “It’s brilliant. It’s created a great atmosphere around the town, the school and the whole area. Everyone is looking forward to getting out on the day and hopefully giving it a good shot.”

Muireann, who made her U-16 debut for Ireland last year and also represented Ireland with distinction at the U-15 Bob Docherty Cup, in which she was named player of the tournament, was full of praise for the role played by the school's teachers in their success.

“It’s been great for the girls with the gaelic football and the soccer but it is all down to and thanks to the teachers at the school and Mr Irwin [school principal] is a great help.

“He always supports us and anything we ask for he is always very obliging and tries his best to give it to us.”

Reflecting on her side's path to the final, Muireann recalled some of the tough challenges they already overcome and is happy with how her side is playing ahead of the final.

Looking back to the win over defending champions Lacken Cross she recalled: “We started off a bit slowly in the Connacht final but we finished quite strongly and we got the win. They were great opponents but I think we just showed a bit of character on the day and gave them a good tough battle and came out the right side.”

That win was followed by a 4-1 win over Colaiste Ailigh in the national semi-final and thoughts are now well and truly fixed on next Wednesday's decider.

“I’m really looking forward to it, it will be a big one with really close friends with the school. It will be a great one for the community and hopefully the school and everyone else will get behind us and we will give it a good go.”