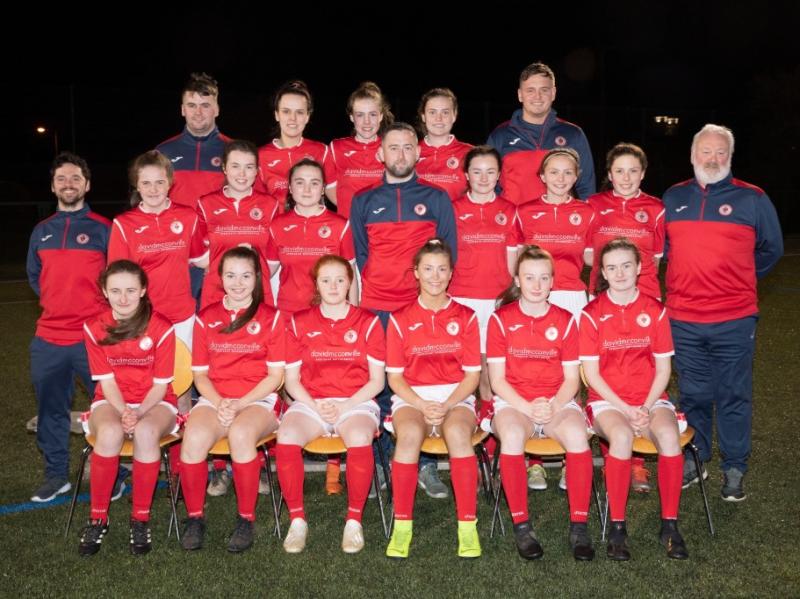 The Sligo Rovers women's U17 team for the 2019 season. Leitrim's Muireann Devaney and Leah Fox as well as Farrah McDonagh are missing from picture.

Sligo Rovers Women's Under 17 team are gearing up for their opening game of the Só Hotels Women's Under 17 National League when they take on Galway Women on Saturday, April 6 at IT Sligo with Leitrim's Muireann Devaney and Leah Fox included in the squad.

Looking ahead to the new season Rovers manager Darragh Healy said: "We're really excited. We're happy with how things have gone so far. There's only a week until the season starts, the girls are really looking forward to it and so are we as coaches. We have Galway at home on April 6 in the IT, it's all systems go."

Darragh is excited about the prospect of Muireann Devaney joining the squad saying: "I'm hoping she will be (a bit of a gem). Everyone would have heard Muireann's name, so we're hoping she'll do really well for us. She's been playing international football for the last few years and it's great to have her on board and hopefully she'll have a really good season."

Looking ahead to the opening game of the season, against Galway, he said: "They're going to be one of the strongest teams in our section, there's no doubt about it. They're the teams you want to be playing against just to see where we're at. It's going to be tough, but we'll have a lot of tough games. We feel like we're ready to match any of those teams."

Settled squad: "There's nly two or three new players in the squad this year, who we're really happy to get in. Obviously a few players have moved on that are overage, very few changes around the place. They did well last year, we're hoping to build on that. The girls are that bit older and that bit more experienced so hopefully we'll have a good season."

Many of the squad are entering their second season competing at national level and Darragh is hoping that experience will stand to the them.

When asked about his objectives for the season he said: "That's the million dollar question. For the girls to improve, that's the main thing. We spoke to them, results may or may not go your way every week but the main thing is that we're improving as players and improving as a group and that the girls are developing as players. The results will take care of themselves after that.

The Sligo Rovers U17 squad for the upcoming season is as follows: