Save Leitrim has first successful appeal against forestry in Leitrim 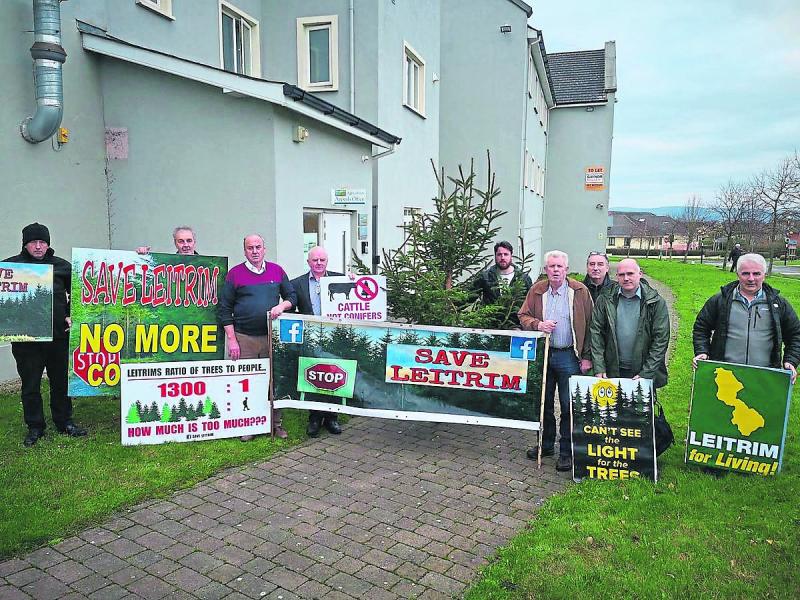 Save Leitrim have been appealing forestry licences.

Members of the Save Leitrim group are celebrating their first successful appeal against plans to allow forestry in an “environmentally sensitive” area of north Leitrim.
The group lodged an appeal against plans to plant in the Shass area. Earlier this month Leitrim County Council acknowledged they had concerns over plans to plant forestry in this area.
A spokesperson for the local authority told the Manorhamilton Municipal meeting that the planning office in the council had issued a detailed comment to the Forestry Service on the proposed planting Shass/Tullyclevaun pointing out that this new planting, was in an area identified as “low capacity/high sensitivity.”
A spokesperson for the council had added the proposed planting fell partially within an area identified as being of outstanding natural beauty in the County Development Plan 2015-2021 and said the planting in such a location “is strongly discouraged.”
The council has also said that “where possible” the existing area under forest cover in this location “should be reduced.”
Save Leitrim spokesperson, Justin Warnock, said “we had serious concerns about this planting in this part of the county. We fought hard against it and they (forestry appeals board) took everything we said on board. We are delighted to know that there will be no planting allowed at this location (Shass).”
He said this was the first successful appeal for the Save Leitrim group but said that they would continue to “fight tooth and nail against the planting of monoculture Sitka spruce.”
“We had three more appeals last Monday and we have more coming up. We are at 20% plus forestry in Leitrim and there is no further capacity for more,” he argued.
“Planting should not be allowed in areas of environmental sensitivity. We need to protect our environment and the existing bio-diversity and it's great that the appeals board are acknowledging the importance of areas of environmental sensitivity.”
He described the situation as a “battle between David and Goliath” but vowed that “we'll continue to appeal these licences.”
“When you have losses you do find it hard to pick up and keep fighting but a win like this gives you the heart to go on,” he said.