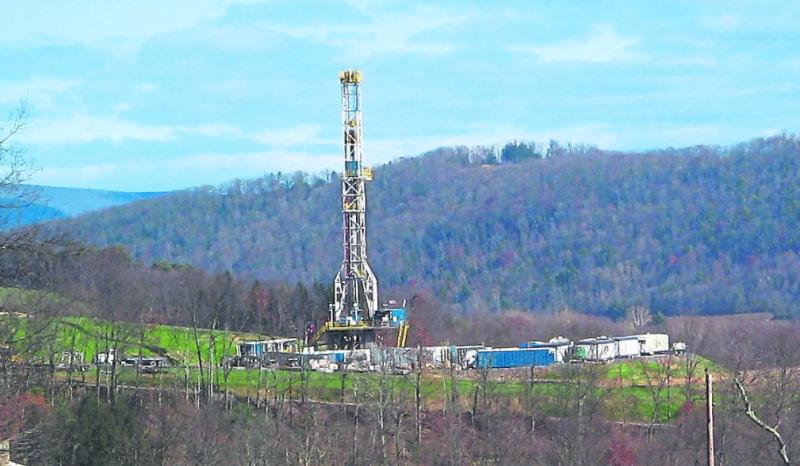 At the Love Leitrim AGM on Thursday, May 30 the organisation reaffirmed its opposition to the introduction of fracking on the island of Ireland.

The decision of the NI Ministry of the Economy to accept an Exploration License application from Tamboran Resources and to provide for a period of Public Consultation that closes on the 8th July has added an urgency to this.

The AGM committed itself to opposition to any such attempt on the basis that "water knows no boundaries" and that the recently declared Climate Emergency requires that Ireland cease all exploration for fossil fuels on land and sea.

The AGM of Love Leitrim has seen changes in its officer board with long-time anti-fracking activist and former Secretary Jamie Murphy voted in uncontested as Chair and Scott Coombs voted in as Secretary. Outgoing Chair and Secretary Johnny Gogan welcomed the new officers as an indication "of the health and durability of Love Leitrim as an organisation with strong roots in the wider community".

The meeting also reaffirmed its commitment to work with the newly elected Leitrim County Council and is calling on Councillors to reassert their previously held opposition and to make their position known to neighbouring Fermanagh and Omagh District Council in advance of the July 8th deadline.

Incoming Love Leitrim Chairperson Jamie Murphy said "We are at a critical point in relation to the threats posed by Climate Change at a local, national and international level. Unfortunately for Ireland the issue of Fracking is very much back on the agenda with the granting of an exploration license in Co.Fermanagh and it is something we as communities need to again unite against. Our newly elected Councillors have a key role to play in this and we are asking them to prioritise the issue as a matter of urgency. We are ready to work with them on this as we have done successfully in the past.