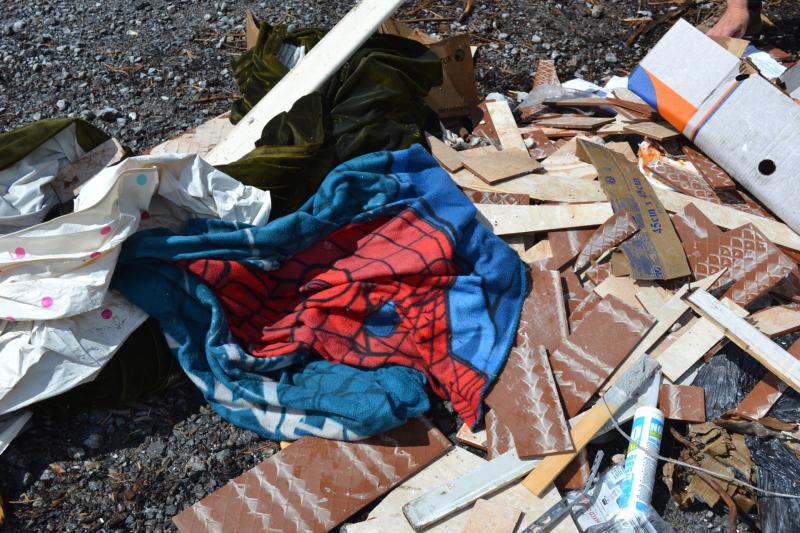 Some of the items dumped in Glenfarne recently.

Efforts are underway to identify those responsible for dumping DIY materials and household waste in Glenfarne Wood, north Leitrim last week.
Cllr Sean McDermott said that the dumping happened some time before the weekend as the locality prepared to host a charity run.
“There were a lot of people from all over Ireland who came for that run and this dumping didn't show Glenfarne in a very good light. It is very unfair because this isn't being caused by the people of this area,” he pointed out.
Cllr McDermott said that it looked as if someone had entered the area with a trailer and “just dumped all” along the roadside.
The environment section of Leitrim County Council has been notified and efforts are being made to trace those responsible.
“There is an indication that the rubbish may have originated in Northern Ireland,” said Cllr McDermott. “This is a very scenic area and the local community has been looking at different ways to enhance the surrounds of the lake and the forest and to see this type of disgusting behaviour, well it is just really upsetting for the community.”