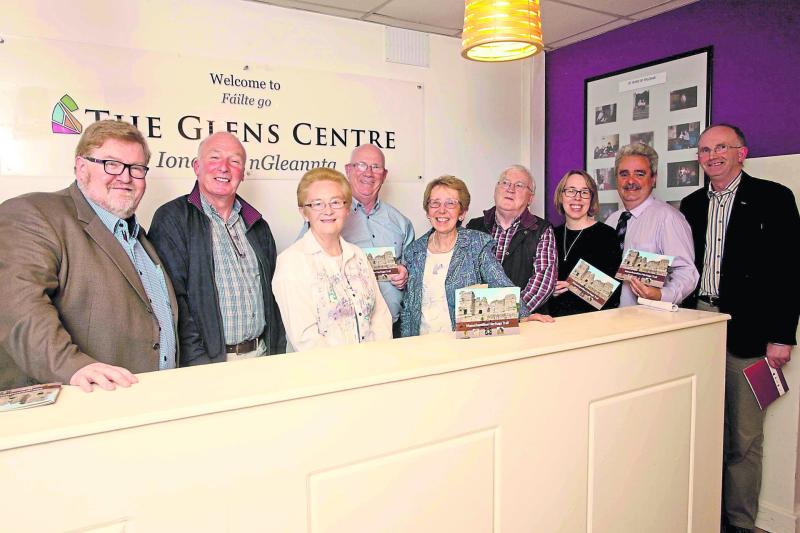 There was a packed house on Thursday night in the Glens Centre for the launch of the impressive new Manorhamilton Heritage Trail booklet.

Introducing the event, Margaret Connolly, who provided the historical text for the buildings, etc, detailed in the booklet, stated Manorhamilton had a very valuable 400 year built heritage.

She praised all who had worked on the production of the Manorhamilton Tidy Towns Association new booklet and in particular its chairperson, Michael Lonican. The Leitrim Development Company, who along with the Leitrim Local Community Development Committee (LLCDC) provided grant funding for the booklet project, was represented at the launch function by Aisling Cartwright.

Aisling, who stated it, was Leader funding that assisted the booklet’s production, paid tribute to the Manorhamilton Tidy Towns Association and the Manorhamilton & District Historical Society for their roles in bringing about its publication.

Councillor Gurn also indicted that hopes are high for the development of a new stretch of the Sligo Leitrim and Northern Counties Railway Greenway from Boggaun to Manorhamilton in the near future. 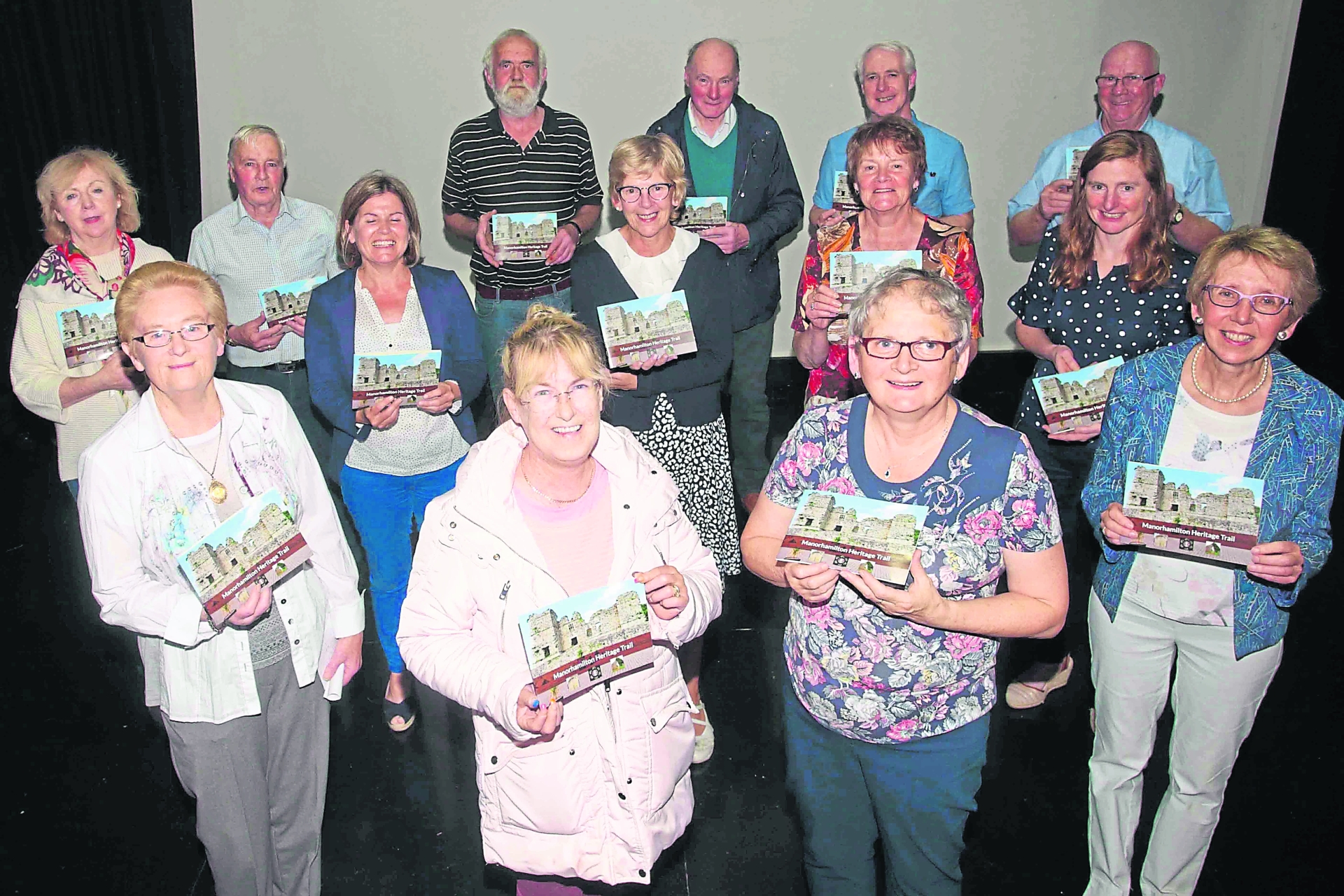 He paid tribute to Leitrim Council’s Heritage Officer, Sarah Malone for her role in the production of the Town Trail booklet. Proinnsíos Ó’Duigneáin, who was the master mind behind the first Manorhamilton Town Trail booklet that was brought out in 1993, said the new booklet, which he was launching, was “a really beautiful production.”

Referring to Manorhamilton’s important built heritage he pointed out such excellent historical buildings as the Market House, St. Clare’s Hall, the Glens Centre, which was a Wesleyan Methodist Church originally, Manorhamilton Workhouse and the Fever Hospital.

Concluding his launch remarks, Proinnsíos quoted from the “Manorhamilton Heritage Trail” booklet on its details of the town’s historical Courthouse which states “for almost 400 years courts have been held in Manorhamilton (now taking place in the Glens Centre due to the dilapidated state of the Courthouse building).

We are delighted for Manorhamilton Tidy Towns on the launch of their new Heritage Trail as part of Heritage Week, well done to all involved, this project was funded under the Rural Development LEADER Programme 2014-2020 pic.twitter.com/WEDYBj0bYh