Woman's Place in Modern Ireland workshops to be held in Manorhamilton 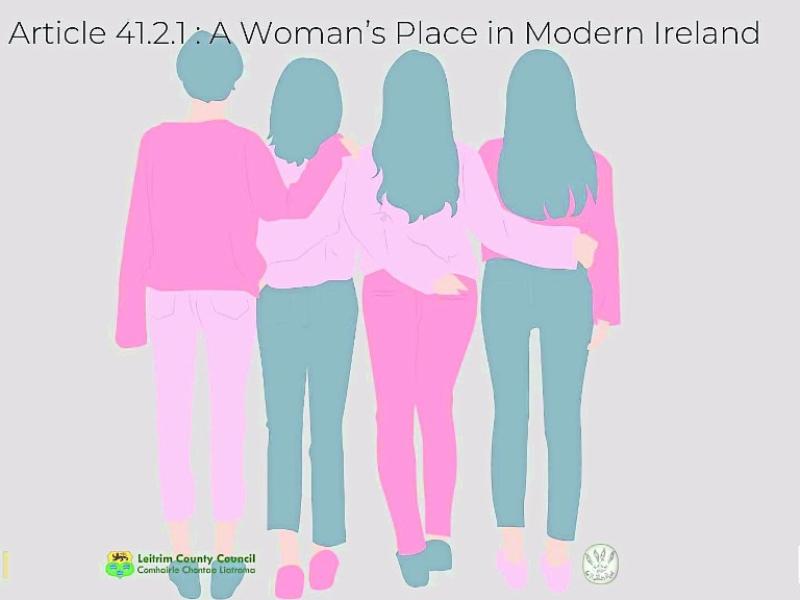 The Rabbit Riot Theatre are hosting Article 41.2.1: A Woman’s Place in Modern Ireland Workshops in Manorhamilton in September.

The free workshops start on Thursday, September 5 at 6pm in The Glens Centre, Manorhamilton. Workshops will continue every Thursday at 6pm until December 5.

Article 41.2.1 states: “that by her life within the home, woman gives to the State a support without which the common good cannot be achieved. It also states that because of this primary function as homemakers, mothers ‘shall not be obliged by economic necessity to engage in labour to the neglect of their duties in the home.”

Register your interest with us by emailing therabbitsriottheatrecompany@gmail.com

This project is supported by Creative Ireland and Leitrim County Council and is in collaboration with the NCCWN - North Leitrim Women's Centre.

Read Also: Watch | No Crows set to launch new album at The Dock

The workshops will be run by The Rabbit's Riot Theatre Company which was co-founded in 2016 by Sonia Norris and Treasa Nealon.

They won an award from Leitrim County Council in 2018 for their Outstanding Contribution to the Arts.