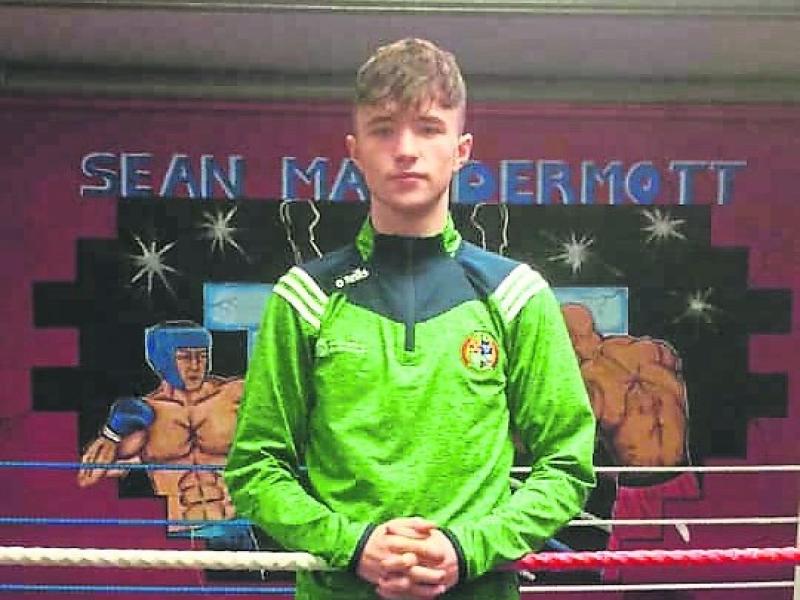 Seán McDermott Boxing Club’s Dean Clancy, who has been appointed Irish male team captain for this week’s European Youth boxing championships is Sofia, will be going for a gold medal in his 56kg weight series of fights when the event gets underway today, Wednesday in the Bulgarian capital.

The draw for the championships was held yesterday, Tuesday, with Dean given a bye in the opening round. He will begin his campaign on Friday, September 6 when he faces the winner of today's bout between Vlasiuk Maksym from Ukraine and Artur Shakhpazyan from Armenia.

“I previously won two medals at both. I got beaten in the finals and came home with silvers. So hopefully I will come back with the gold – third time lucky.

“I am in the best shape of my life, I think. Being out here in Manorhamilton with John Gilligan’s great support... I can train twice or three times a day with my father (Jason).

“I feel sharp and ready to go.” Dean also added that his father, Manorhamilton man, Jason Clancy “was a five time Connacht champion and an All-Ireland champion in his youth.”

In Sofia, Dean expects to have five European championship fights.

Reflecting on this challenge he said “I am over the moon to be here.”

Dean and the Irish team flew out to Sofia on Sunday evening. Expressing good wishes to Dean for his big European challenge, a Seán McDermott Boxing Club Facebook post extended “best of luck to Dean Clancy, who flies out to Sofia this evening to compete in the European championships.

“This will be Dean’s third Europeans to compete in securing silver on both occasions, going for gold this time. Dean will be leading the (Irish) male team as he was picked as team captain; great achievement.

“We had a brilliant camp; Dean is in fantastic form and we have no doubt he will come back with the gold. Best of luck also to the rest of the (Irish) team girls and boys; hard works done champ go smash it” were the final words of encouragement that the Boxing Club extended to Dean.

The draw for the European Youth boxing championship bouts was made in Sofia yesterday (Tuesday) and action in the ring will get underway today (Wednesday).

Meantime the Irish team, including Dean Clancy, completed their final training camp in Dungarvan, Co Waterford over the weekend.

Following the final training camp, Irish coach Billy McClean was very happy with how well prepared the boxers are for the European championships.

He said “the team had an extremely good training camp and they’re in top form. We’re just waiting on the draw now and the squad will be ready to go in Wednesday’s preliminaries,” he added.

The 18 member Irish team will have 10 male and 8 female boxers fighting for European glory. Meantime everyone in Manorhamilton is hoping that Dean Clancy will be coming home with a European gold medal from Sofia from where the Irish team will return home in a week’s time.