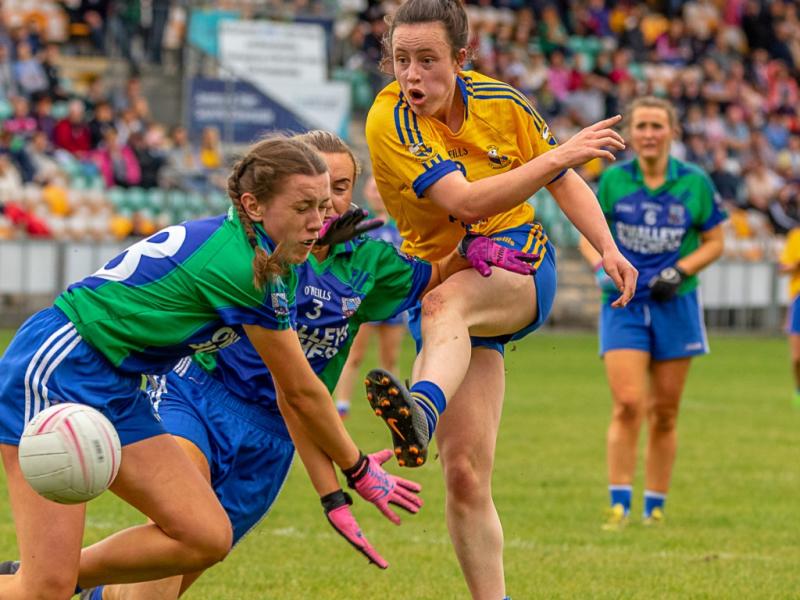 The pain of the defeat in last years Leitrim Ladies Senior Championship Final was a clear motivator for the Glencar/Manorhamilton ladies in last Sunday's repeat decider against St Joseph's and when they were agonisingly beaten for the second successive year that pain was once again clear to see.

Team manager Padhraic (PC) Corrigan looked as crushed as any of his players as he wandered through the group offering words of consolation to his players while St Joseph's waited to lift the trophy.

When it came to giving his own view on how the game unfolded his initial reaction was telling: “I'm absolutely gutted and there is very little I can say.”

In fact there was plenty more he had to say, the majority of it warm praise for his players and genuine congratulations for the victors St Joseph's.

“The girls have given me everything and not just today but myself and John Sheridan have been with them for nine months and to lose like that is just heartbreaking. We were camped in there for the last 10-15 minutes and we couldn't just get it over the line,” Padhraic added.

Reflecting on the game, there was much for him to be pleased with, particularly the manner in which they responded to going seven points down with time against them.

“We had been saying it all along, we don't panic, we'll go for the full 60 minutes which we did but it just didn't come off for us on the day and that's football and that's sport.”

Although bitterly disappointed, Padhraic was generous in his praise for the victors saying: “St Joseph's are a super team and they have good players all over the field and we had to account for that with bringing somebody back. They are worthy champions, they are super. For all that we have done, we have to aspire to be at their level.”

He insisted that there is plenty his side can learn from St Joseph's saying: “They have that bit of street smarts to get it over the line and I just want to congratulate them.

“That's two heartbreaking defeats now and we would want to get it over the line because time and tide waits for no one. Everyone keeps saying there is a championship in this team but it would want to come soon because it doesn't wait around.”

Even as he was praising his opponents it was clear Padhraic was still ruing missed chances and feels a clinical and ruthless edge is needed if this Glencar/Manorhamilton are to truly fulfil their potential and claim a senior title.

“I know what each and every one of them did. We should have won that, if you take your scores. They missed a few in the first half but they missed nothing in the second half and we were camped there and we have to get a bit more smart in how to finish out games and how to win, but they are worthy champions.”

There were outstanding contributions all over the pitch from the Glencar/Manor players with Padhraic saying: “You could go through the team.

“Hannah Johnston is a super player, very young at 16 or so. When she came back (after the yellow card) and what she did was unbelievable but they were all good, I can't fault any of them.”

Padhraic had no complaints about the yellow card that saw Manor down to 14 players but felt a few more cards could have been issued before St Joseph's were shown two yellow cards in the very late stages of the contest.

“It was tired kind of tackle, she had no complaints but I am very friendly with Jimmy (Stenson), I know him well and there was a few towards the end where you would have thought ... you know?

“He just missed them, I'm not saying anything else. I just thought there could have been a few more cards but we did say we would have no excuses and have no excuses St Joseph's are worthy champions and congratulations to them.”