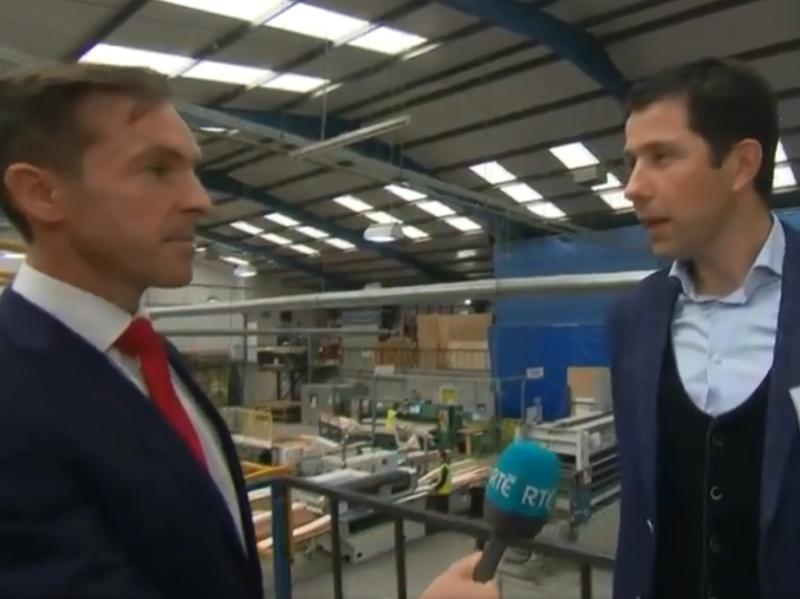 With the United Kingdom set to leave the European Union on October 31, companies in Ireland have been attempting to prepare for all eventualities.

A no-deal outcome is the one that is feared would have the worst implications for Ireland and today the RTE cameras were in Manorhamilton where Merenda is preparing for the possibility of having to trade with Northern Ireland and Britain in such a scenario.

Ronan Haslette, Merenda's Managing Director told RTE's Brian Finn that he and his staff are today road testing how they would cope with a no-deal Brexit should that scenario arise.

How one business is Brexit-testing its operations | RTÉ's Brian Finn speaks to Merenda – a company in Manorhamilton, Co Leitrim #Brexit https://t.co/BN0TioNJlf

Ronan said: "It is really about being as prepared as we can be for what's next ahead for us. We're not sure what that is."

He added: "I was anxious to create an environement where we could prepare and find and essentially challenge and stimulate the implication of what Brexit might mean for my business and go deeper then and understand what that numerical impact on my business would be."

Further discussing what he hopes to learn from the Brexit preparations Ronan said: "The whole purpose about today is that there is nothing different or as little as possible different .

"I hope my production plant, in one month's time will be the very same as it is today because our planning is such that we have allowed for that to be the case."