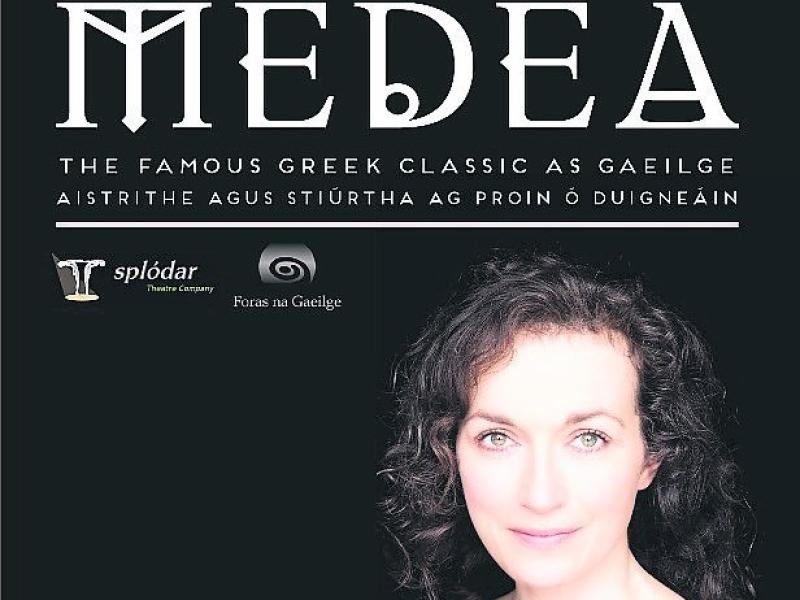 The Glens Centre based Splódar Theatre Company, which specialises in the production of plays in the Irish Language, is about break new ground with a first ever production of the Greek Tragedy Medea as Gaeilge, which it is set to stage in a number of venues countrywide.

Audiences can see Splódar’s new production of the Greek Tragedy, Medea as Gaeilge at An Taidhbhearc, Galway on this Friday, 25 October; The Glens Centre, Manorhamilton, on this Saturday 26 October, Amharclann Gaoith Dobhair Theatre Donegal on Sunday, 27 October, Cultúrlann McAdam Ó’Fiaich Belfast on Wednesday, 6 November and The Factory Space, Sligo on Friday 8 November.

“Local director Prin Duignan has translated the Greek Tragedy, Medea into Irish. The play goes on tour shortly, starring Tara Breathnach as Medea. Musician, Ailie Blunnie, originally from Carrick-on-Shannon has composed a specially commissioned piece of music for a dance and it is produced by Darragh Dukes.

"The fourteen young dancers will join the Splódar cast of nine on tour. They will perform two dances as part of the Medea production.

“Congratulations to all concerned and best of luck for the tour” Ms. O’Keefe says in conclusion as Splódar’s unique goes on tour.