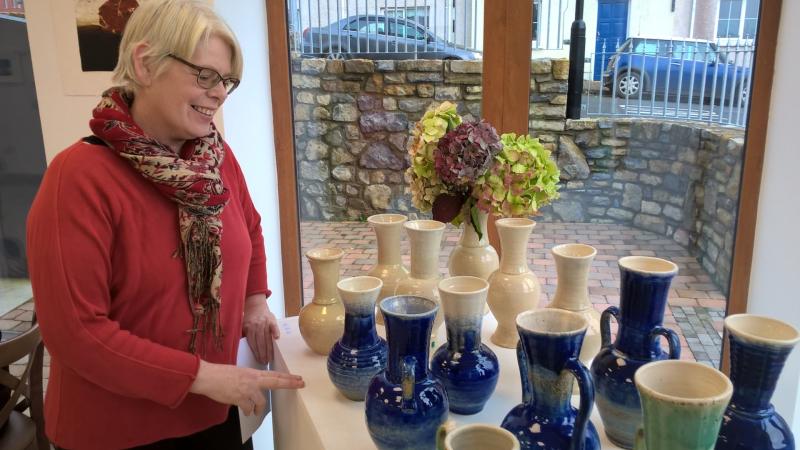 Longtime resident in the Dromahair area Vincent Flannery impressed his friends and former second level students with a display of more than fifty ceramic works recently unveiled in Manorhamilton.

The bowls, cups, vases and platters formed part of an exhibition by two artists from Ireland (the other being Manorhamilton's Seamus Dunbar) two from Germany and one American woman who have lived in the Sligo and North Leitrim area for over twenty years.

Vincent Flannery taught Art in Lough Allen College and in Coola Post Primary School.
In recent years since retiring he has pursued his lifelong interest in pottery and especially glazes and lustres.
During the past month he put the finishing touches on his works, using a gas-fired kiln behind his country residence, and spent several late nights awaiting the results. 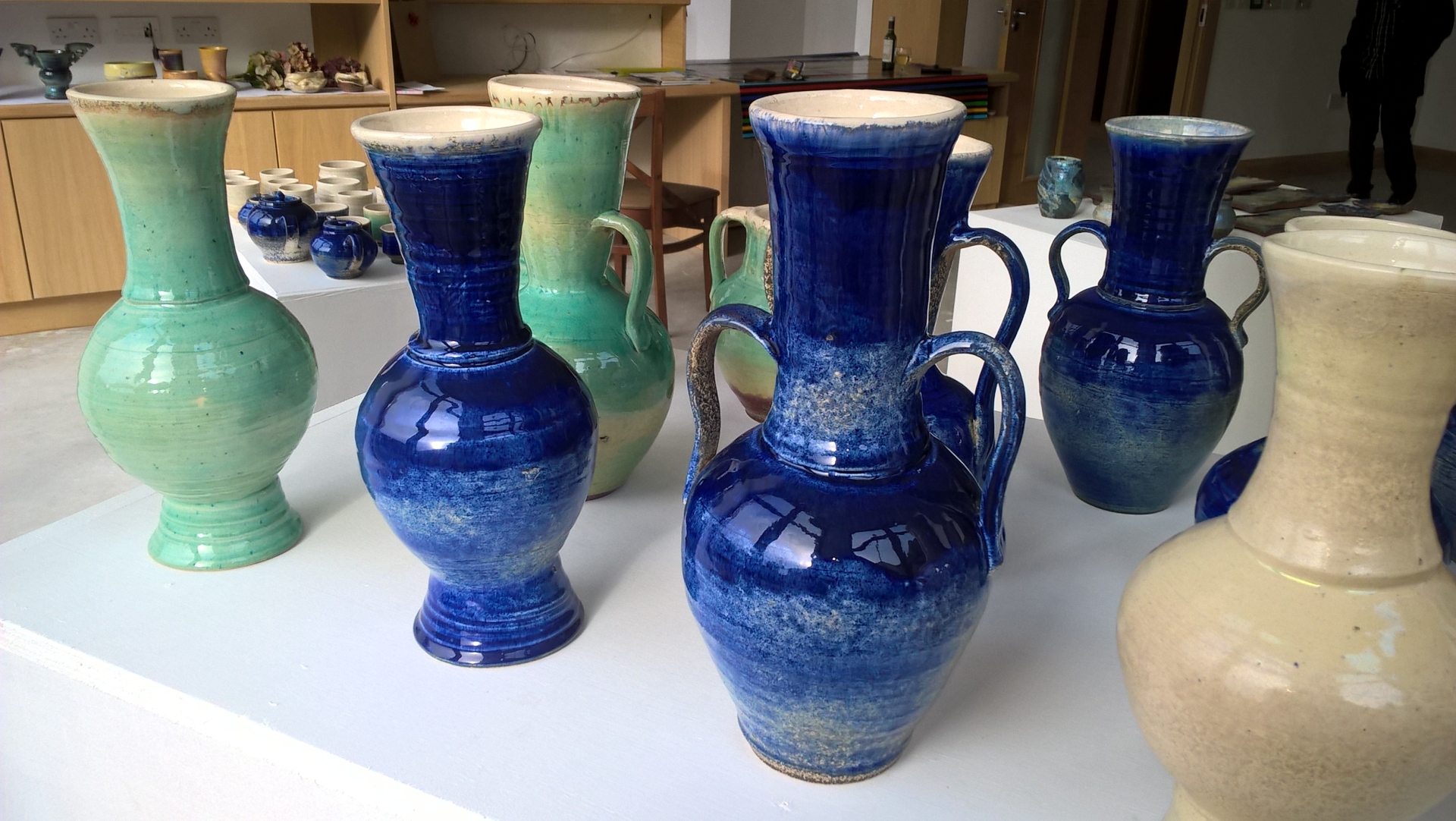 The sheen and colours of glazes depend a lot on variations of high temperature during the firing process. No two glazed ceramic works ever look the same.

Bríd Torrade of the gourmet Ŏsta W8 restaurant in Manorhamilton eagerly supported Vincent’s casual suggestion that vacant rooms beside her restaurant might be used for an art exhibition.
She welcomed about 60 art enthusiasts to the exhibition opening.
The exhibition will be open from Wednesday to Sunday until the end of November.
In the new year the rooms will be used as offices by civil servants employed by Leitrim County Council.