Learning in defeat is key to next step for Leitrim's footballers 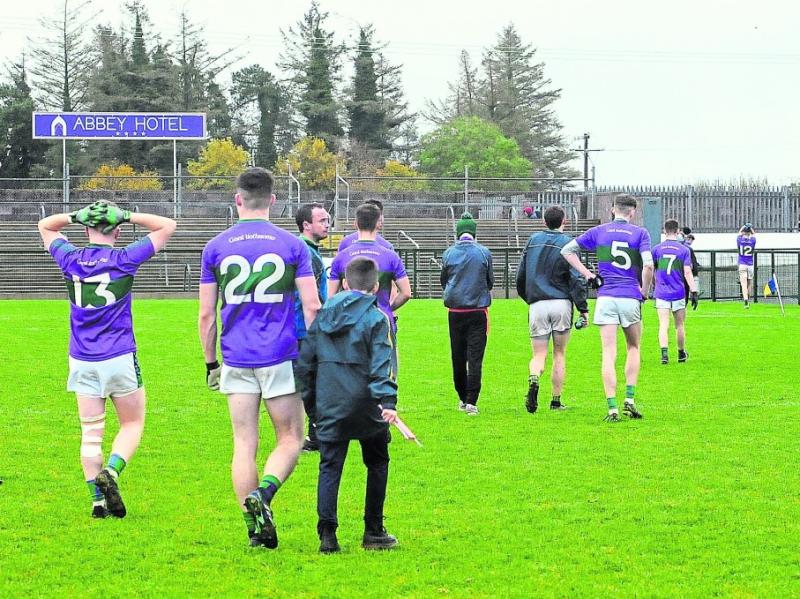 In all sports it is the victors that are remembered; the concession of late goals, dubious decisions and even the weather can conspire to derail the best plans meaning heartbreaking defeats can be judged simply on the scoreline rather than seeing the bigger picture.

The footballers from both Leitrim Gaels and Glencar/Manorhamilton were in provincial action at the weekend and while both were defeated there are positives that both can take from their performances.

Other commitments at the weekend meant I was unable to attend either game but speaking to people who were in Hyde Park and McHale Park over the weekend, it is clear both sides gave an excellent account of themselves and represented Leitrim with pride.

The defeat suffered by Leitrim Gaels sounds particularly heartbreaking but that need only be the case if nothing is learned from the defeat. This is a young and learning team who will look back on 2019 as a real breakthrough year.

Within their ranks they have some supremely talented young players, complimented by some older players who bring the steel that every team with ambitions of success needs. For them the years main ambition was to win the Intermediate Championship and claim their place at the top table of Leitrim championship football.

There have been several examples in recent years of teams who ended a long wait to claim a championship title but were then so emotionally and physically drained by their efforts on the pitch (and off it) that they were unable to fully do themselves justice when it came to competing in Connacht.

Some times it is due to an inferiority complex that can raise its head in Leitrim. The thoughts of facing a side from Roscommon, Mayo or Galway can lead to dismissive groans and an outpouring of negativity. I hadn't seen Ballintubber or Tulsk play this year but listening to people locally, who presumably hadn't seen much of the Roscommon Intermediate champions or the Mayo senior champions, the results were seemingly already a forgone conclusion.

Similar to the air of despondency that engulfs many Leitrim supporters in the lead up to a Connacht Championship encounter against the provinces heavyweights, the feeling amongst many outside Leitrim Village and Manorhamilton (and even some in those quarters) was that the Leitrim clubs would not be advancing any further.

While those predictions ultimately proved to be correct, it was clear that Glencar/Manorhamilton under the guidance of Shane Ward and Kieran Fox and Leitrim Gaels under the leadership of Mal Guckian had no intention of just making up the numbers.

Arguably the Leitrim Gaels defeat is the more frustrating. By all accounts it was a game they should have won and came agonisingly close to doing just that.

For Glencar/Manorhamilton to travel to McHale Park, a ground in which Leitrim teams rarely enjoy anything more than the half-time cup of tea and be more than competitive when playing for a significant portion of the game with a man less is testament to their preparations and their efforts.

Ultimately both losses could be referred to as moral victories - a term that Leitrim players and supporters have come to loath over the years but there are positives that can be taken, even in defeat.

The preparation of both sides all year has been superb and both sides clearly took to the field believing victory was possible.

That may sound like an obvious statement but it hasn't always been the case and it is an important first step for Leitrim teams to take if they have real aspirations of asserting themselves at a higher level.

There will be pride in the performances and hurt in the defeats but there is plenty to be encouraged by for teams looking to reach the next level.