Voices Across the Border concert in Glenfarne this weekend 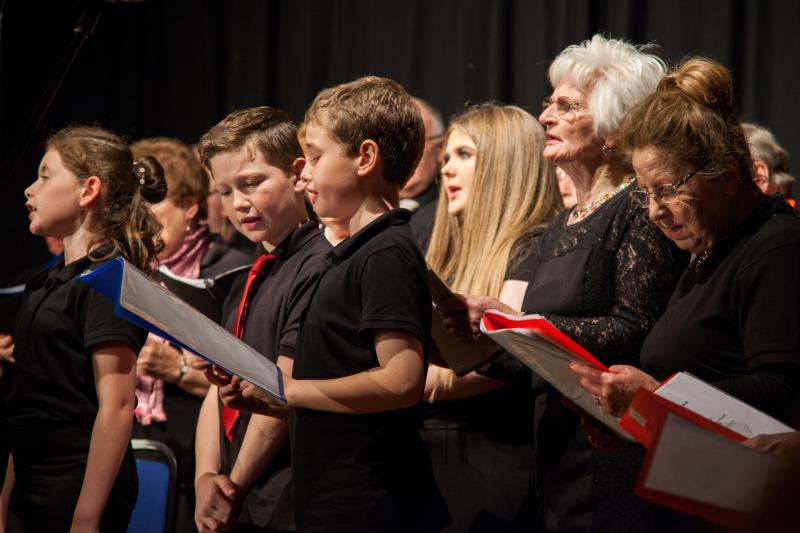 Voices across the Border in Glenfarne this Sunday, November 24

The Ballagh Centre are delighted to announce they are hosting a very special event this Sunday November 24 at the Rainbow Ballroom in Glenfarne.

This tea-time, community concert will see three very different choirs performing together, bringing people together across generations and cultural divides.

The event will feature the intergenerational, cross border Ballagh Choir of Ages, which is based at the New Ballagh Centre in Rossinver.
This year, to further explore the power of music to connect people and inspire social change, the Ballagh Choir of Ages have formed a partnership with a choir based in Derry city.

Voices of the Foyle ~ Glórtha an Fheabail, is a cross-community and cross border contemporary vocal ensemble who perform an eclectic mix of folk, jazz, modern and pop styles, under the musical direction of Ruth McPhillips.
Joining them will be the recently formed children's choir VoiceAloud.

Based in Carrick-on -Shannon and funded by Music Generation Leitrim, VoiceAloud is made up of children between 8 and 12 years of age.
The evening will be hosted by renowned singer/songwriter and multi-instrumentalist Cathy Jordan from Sligo.
Most famous as a member of the bands Dervish and The Unwanted, Cathy worked earlier this year with Ballagh Choir of Ages as part of the Borderlines Choral Spectacular, and is delighted to be joining them again.
The concert starts at 5pm on Sunday, November 24 and is a free event part funded by the Reconciliation Fund at the Department of Trade and Foreign Affairs.