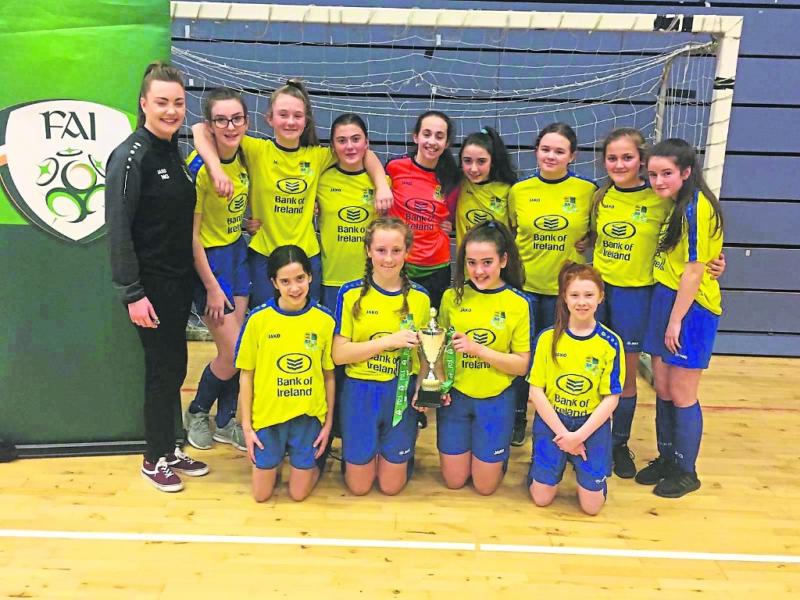 The trailblazing ladies of St Clare's Comprehensive School in Manorhamilton set another bit of history last Wednesday when they became the first school from Leitrim to win a FAI Post Primary Schools Connacht Futsal Final.

Playing four matches and winning all four, St Clare's stormed to the title under the guidance of teacher Niamh Gallagher and will contest the All-Ireland Finals in Waterford IT on Thursday week, December 5.

There was great excitement in the air as the winners of Sligo, Mayo, Leitrim, Roscommon and Galway regions, descended upon the Knocknarea arena at IT Sligo to compete for provincial honours.

There was was no shortage of talent in the girls section with St Clare’s up against Davitt College Castlebar, Salerno SS Salthill, Ursuline College Sligo and Glenamaddy CoS.

A show stopping performance from the Leitrim side,saw the St. Clare’s crew win all four games with Ursuline College claiming runners up with three victories in the group.

St Clare's opened with a 3-0 victory over Davitt College and followed with a 4-0 over Ursuline Sligo. Their final two games were much closer with just one goal giving St Clare's the victory over Glenamaddy while Salerno of Galway became the only team to score against Manor on a 3-1 scoreline.

An historic occasion for the Manorhamilton school as it's the first provincial title in futsal so there will be great celebrations in the School with the impressive victory. 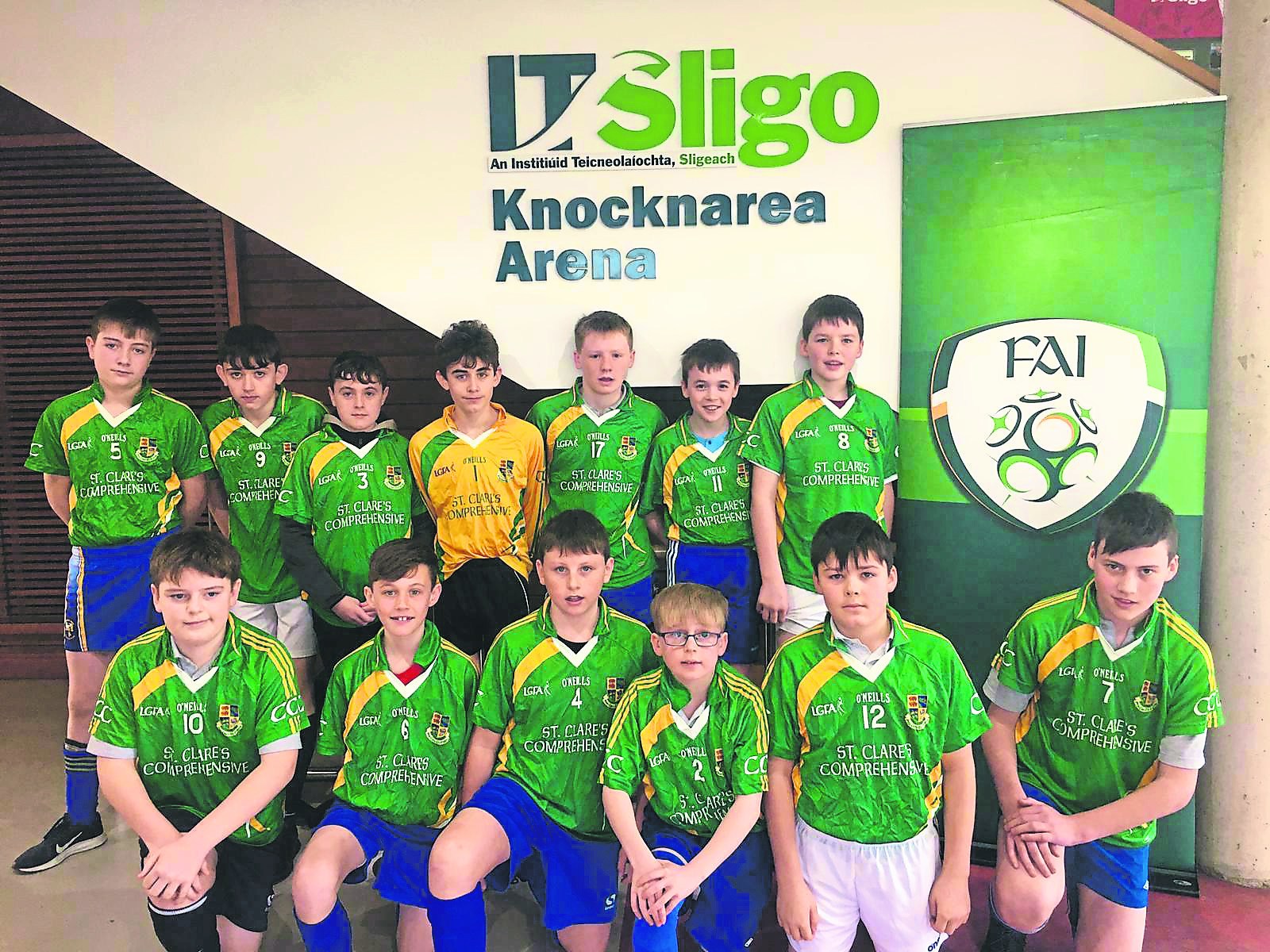 In the boys competition, St Clare’s were up against Rice College Westport, Summerhill College Sligo, Coláiste Bhaile Chláir, and Glenamaddy Community School but unfortunately for the north Leitrim boys, there were unable to win any of their four contests.

The Westport side were too strong for the opposition this afternoon and with four wins from four, took the top spot while runners up Coláiste Bhaile Cháir were awarded runners up spot for their endeavours.

St Clare's boys suffer a 4-2 reverse in their first game against Summerhill College before going down 5-2 to Coláiste Bhaile Chláir. A 4-1 loss to eentual winners Rice College Westport with Manor competing their programme witha 6-3 defeat

All ten teams who took part on the day represented their school with pride as Schools Futsal continues to grow and thrive across Connacht.