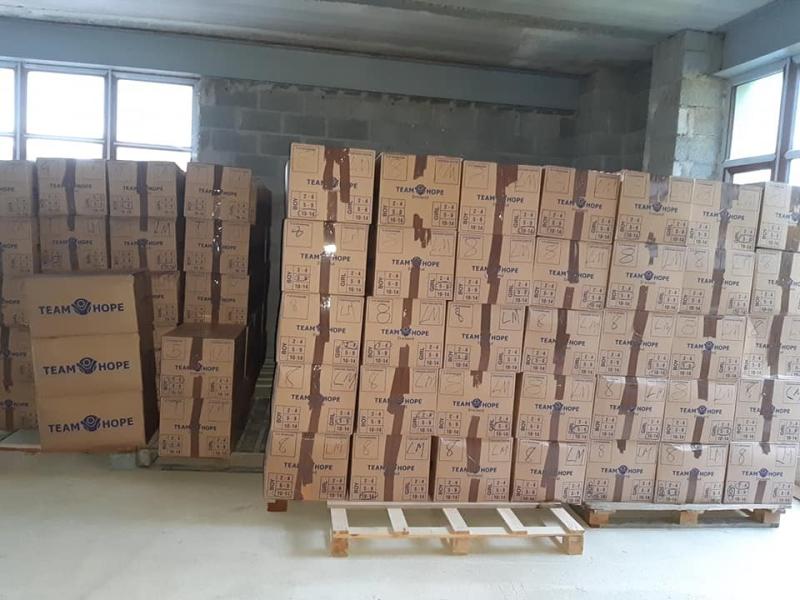 Last week a magnificent total of 2,967 specially gift wrapped Christmas shoeboxes were loaded on a Romanian bound truck in Manorhamilton.

A massive effort over the past few months by Team Hope North Leitrim members and its supporters went in to getting this cargo of generosity ready for less well off Romanian children, who as a result of it will have something special to celebrate this Christmas.

Meantime Team Hope North Leitrim readily acknowledges that they have received tremendous support for the Romanian project from many people in the countywide Leitrim community including schools, businesses, etc.

Commenting on the success of their Romanian project a Team Hope North Leitrim spokesperson said it “wish to thank all the volunteers, groups, schools and businesses for their support over the last three weeks; those that contributed in the sorting centre; those that donated financially and with gifts of fillers and shoeboxes.

“Thanks is expressed to the transition year students from St. Clare’s Comprehensive School and Lough Allen College who visited the Centre to sort shoeboxes and assisted with the loading of the boxes onto the truck last Thursday.

“Thank you to Faye Hayden and her team of drivers from South Leitrim who picked shoeboxes, and donations throughout South Leitrim schools, groups and businesses and brought them to our sorting Centre in Manorhamilton.

“A special thank you is expressed to Shane Kerrigan who allowed us to use the unit at Manorhamilton’s W8 Ósta facility and for his team who helped us out whenever we asked. A very special thank you to all the knitters out there in Leitrim who knitted for the cause – beautiful hats scarves and headbands – amazing work.

“In total this year Leitrim sent 2,967 shoeboxes to Romania for children who are so less fortunate; these gifts maybe the only gift they receive all year; so that’s 2,967 children with smiles on their faces this year.

“This has been a very successful appeal for Team Hope North Leitrim and it would not happen without the help of all the volunteers out there. Again a big thanks to you all and a very Merry Christmas from the committee here in North Leitrim” the Team Hope spokesperson says as the curtain comes down on its great 2019 project for very deserving Romanian children.