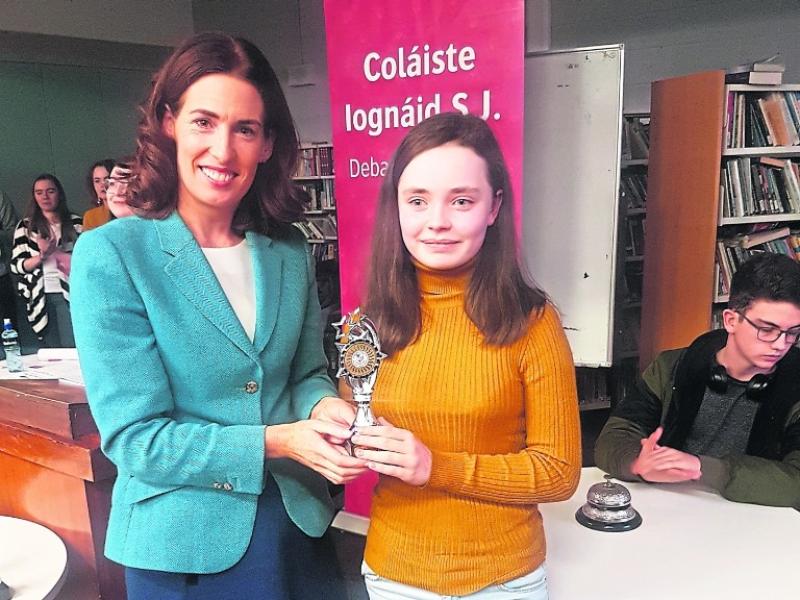 Twelve members of the debate team from St Clare’s Comprehensive recently attended the Connacht final of Debate in Galway.

All the students participating were from first to second year. The students had to debate in three different debates on the day.

They are in teams of two but they are individually marked – the debaters with the best speaker points qualify for national finals that take place in March 2020.

The motions are presented to the debaters and in teams of two they have twenty minutes to prepare for the debate.

The debaters must then speak for a total of four minutes on their topic but throughout this time opposing team members can interrupt with points of information so the task can be an arduous one.

The motions were extremely thought -provoking throughout the day. For example, the second motion was ‘This house would not allow sporting events to take place in countries with a history of poor human rights.’

The debaters do not get to choose which side of the argument they are on – this is given to them.

After an eventful day of debating, the results were given and it was fantastic how well St Clare’s did and proved their inestimable talents. Hildegarde Naughton chaired the final debate and presented the awards and was amazed by the talent on the day.

Oriel Phillips from first year was awarded Best First Year in Connacht and this is the second time St Clare’s took this award home to Leitrim. Hannah Smith took the award last year. Roisin McCann from third year got third best speaker of the day.

Hannah Smith, Rebecca McGauran and Robert V Vickus (all in second year) all qualified for national finals also which will be held in Loreto on the Green on March 21.

Ms Saoirse Faughnan who leads the debate team said “I am absolutely thrilled we have five students going to Nationals and I would like to commend all the pupils who took part – the standard was exceptionally high.’ We wish all the students the very best of luck in the final.