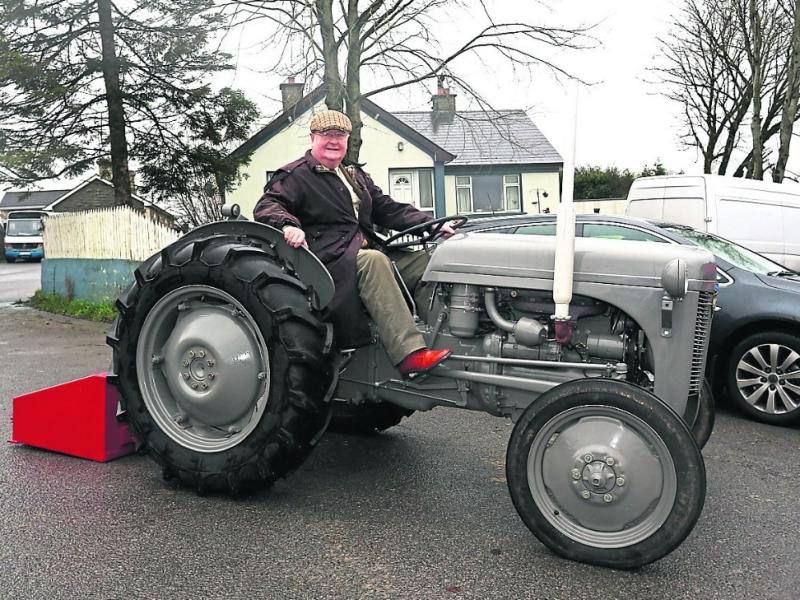 The late Tommy Heraghty. This year's annual Tractor Run on January 1, 2020 is dedicated to his memory

Tommy is survived by his wife Bernie, daughter Arlene and sons Dara and Padraic, his son-in-law Dave and daughter-in-laws Phil and Aoife and grandchildren.

Tommy was a founding member of the Manorhamilton IFA Tractor run event which commenced in 2011. The event has grown with community support over the years with proceeds going to a variety of nominated charities of the Manorhamilton IFA branch including the Alzheimer’s Society; Northwest Hospice; Down Syndrome Ireland; Our Lady’s Hospital Comfort Fund; Sligo Hospital Oncology Unit; Multiple Sclerosis Ireland; The Special Olympics and the Michael Gilgunn Medical Fund.

Tommy, together with Charlie Cullen, were senior members of the organising committee and were pivotal in organising and promoting its charitable merits with the local farming fraternity of the IFA, North Leitrim, West Cavan, North Sligo and South Fermanagh.

Tommy was one of the last surviving farmers from Manorhamilton who marched to Dublin as a member of the National Farmer's Association (NFA) delegation led by the great Hugh Leddy. The delegation arrived into Dublin on October 19, 1966 to highlight the plight of farmer's income at the time to the then Minister for Agriculture.

The event organisers stated “We trust our Leitrim farmers today are grateful for the resolve and the commitment of the Tommy Heraghty heritage where our farm incomes today are supported by EU and State subsidies following the milestone efforts of those founding members who marked in 1966.

“Where Tommy derived his livelihood from farming he was also a publican and operated the popular Heraghty’s Bar on Main Street, Manorhamilton with Bernie where they embraced local drama, Irish language and community groups requiring a meeting room and hospitable hosts.

“Tommy was also a long-serving member of the FCA serving until his retirement with the 19th Battalion.

“He also had a keen interest in politics and was very involved in the Fianna Fáil party and served as Director of Elections for John Ellis, James Gallagher and Ray MacSharry.

“The Annual Tractor Run is now upon us and we trust the team of participants, volunteers and friends of Tommy’s will once again rally to his memory to give their time on January 1, 2020 to the success of the event.

“We once again extend thanks to Ivan and Wilfred Moffat and family for the opening up of the car park, canteen services and the provision of refreshments at Manorhamilton Livestock Mart. Thank you also to An Garda Síochána for their stewardship on the day.

“As always your support would be appreciated.”

If you are participating in the event with a vintage or new generation tractor please assemble at Manorhamilton Mart at 1.30pm on January 1, 2020.

The Tractor Run will start at 2pm.

There will be bucket collectors on-route during the tractor run and all donations are gratefully accepted.

Please come along and support this important event on January 1, 2020.