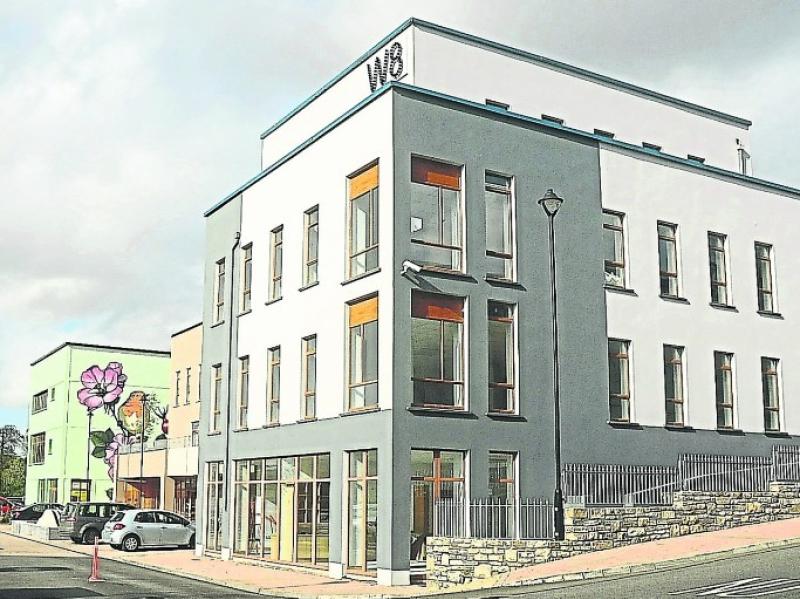 The W8 complex in Manorhamilton is open just nine months but in that time it has proved to be a real addition to the town and it has also gained national attention with the seal of approval from renowned critics John and Sally McKenna.

The W8 complex which includes the Ósta café has been named as a 'destination of excellence' with the development receiving high praise for the ambition shown in the planning stage and the manner in which it has been completed.

Shane Kerrigan, Developer W8, was incredibly pleased to have received such praise, less than a year after the doors were opened to the public for the first time.

“This national 'destination of excellence' recognition from leading food critics John and Sally McKenna is a tremendous boost to all here at W8,” acknowledged Shane.

He added: “little did we expect that when we opened our doors nine months ago we would feature prominently in two of the most significant Irish tourism awards by the end of our first year.”

Shane said the success enjoyed by W8 is a true indication of the potential the area has to become a thriving area in terms of tourism.

“I see it as an endorsement first and foremost to the tourism potential of North Leitrim and the growing number of gifted people playing their special parts in the emerging local tourism economy," said Shane.

Although the business is still in its infancy, Shane is very much focussed on the future and believes there is much more to come from W8.

“This is only the beginning of the story for W8,” insisted Shane.

“We have many more ambitions for the campus. We want to play our part in helping regenerate Manorhamilton. More quality jobs and inward investment into the town are called for.

“Working with the community, business leaders, the council and agencies will see us over the next few years build upon this success."

John and Sally McKenna's website is full of praise for all aspects of the W8 project from the food available in Ósta to the manner in which the project was landscaped by Leonie Cornelius and features sculptures designed by Jackie McKenna and the mural by Marian Noone.

In fact, they were so impressed they described their first impression of W8 as “mindblowing.”

W8 is said to make Leitrim “even more lovely” with the review painting a fantastic picture of W8 and the entire region.

“You only need to spend a few days here, touring the Five Glens, hiking to Eagle Rock, kayaking at Lough Gill, before heading back to the W8 houses and dinner at Osta, to feel you are getting to the heart and soul of this overlooked county.

“The sleek sophistication of the concept means that it’s easy to believe you are in some Tuscan retreat, or 5-star hideaway in Seville, but without the hassle and stress of airports and international travel.”

Alan Hill, Business Advisor with W8 was equally proud of the recognition saying: “We are thankful the judges picked up on the innovative nature of the project - the input of local artists, interior designers, graphic artists, landscape designers, chefs, food producers, carpenters and builders have created something special in the heart of the town.

“Over the last three months we have had two delegations visit W8 to see 'how it is done', for too long we have been the ones heading out to visit the 'best in class' venture to be inspired, now we are the ones doing the inspiring."