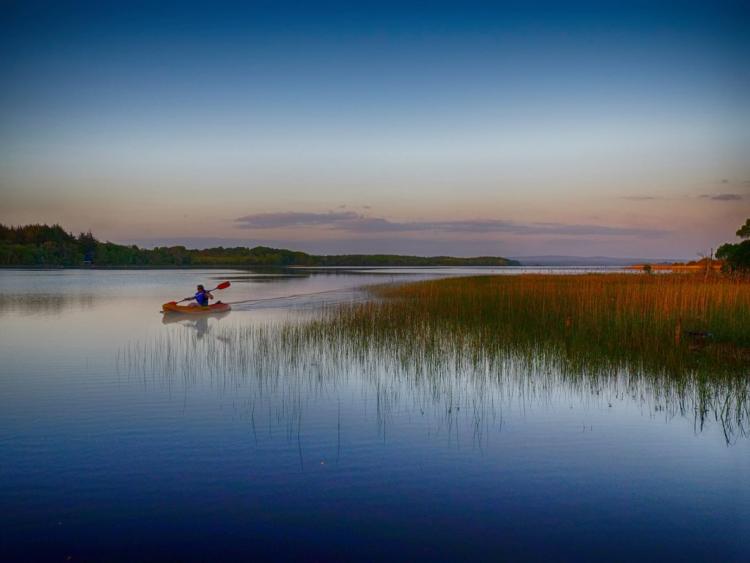 Lough Melvin crosses the border between Leitrim and Fermanagh

The EU's loss of 15 National Parks on December 31 as a result of Brexit, is the perfect opportunity to research the possibility of making North Leitrim a National Park, according to Cllr Justin Warnock.
The Fianna Fáil councillor put forward a motion at the recent Manorhamilton Municipal meeting asking that Leitrim County Council write to the Minister for Culture, Heritage and the Gaeltacht, Josepha Madigan TD, “to seek funding for a feasibility study for the development of North Leitrim as a National Park".
He said that under Regional Policy Objective of the Regional Spatial and Economic Strategy for the Northern and Western Regional Assembly there was scope for the development of such an idea.

This is not the first time that Kinlough Cllr Warnock has raised this idea, but he said in light of Brexit, “there will never be a better time to look at this”.
“I believe North Leitrim has everything we need and more to meet the criteria for a National Park,” he said, adding “I gave a commitment to the people of North Leitrim when I was seeking re-election, that I was going to push on with this idea. And I will”.
Cllr Warnock also said the idea could provide scope for Kiltyclogher to become a designated heritage village - which he said would safeguard the future of the community and the historical sites linked to this area.
“We have a great opportunity here. We may be a small population but I believe in this and I believe it could bring huge benefits to the region.
“We are the one part of Ireland which has never been abused or destroyed by development and we need to see where this idea can bring us.”
He suggested that the Leitrim County Council Executive meet with members of the Northern and Western Regional Assembly executive to “thrash out what can be done”.
Cllr Mary Bohan said she was in favour of the further exploration of this idea and the idea of such a meeting.
“We need to make sure that this wouldn't affect more people seeking to build rural houses in Leitrim. We need to see if (making North Leitrim a National Park) would restrict development in any way if it went ahead,” she said.
Cllr Frank Dolan also offered his support for further investigation of this proposal admitting “I haven't quite gotten my head around what exactly this would mean” but said it should be looked at it in more detail.
He said living in a Special Area of Conservation he knows “what it means and it can make things difficult for those of us living there”. He noted that SACs were “drawn up by someone on a map far away from here” adding “we need a clearer picture of exactly what a National Park will mean.”
Cllr Padraig Fallon also expressed concerns over the possible implications for development agreeing further analysis is needed. Cllr Sean McDermott and Cllr Felim Gurn also added their support.
A spokesperson for the council pointed out Regional Policy Objective 5.3 gives "consideration" to the areas of North Sligo and North Leitrim and the hinterland as a potential National Parks/Recreational Areas.
“It is also considered broader in its scope than a national park,” noted the spokesperson adding the first step should be to speak with the Regional Assembly before contacting the relevant minister.