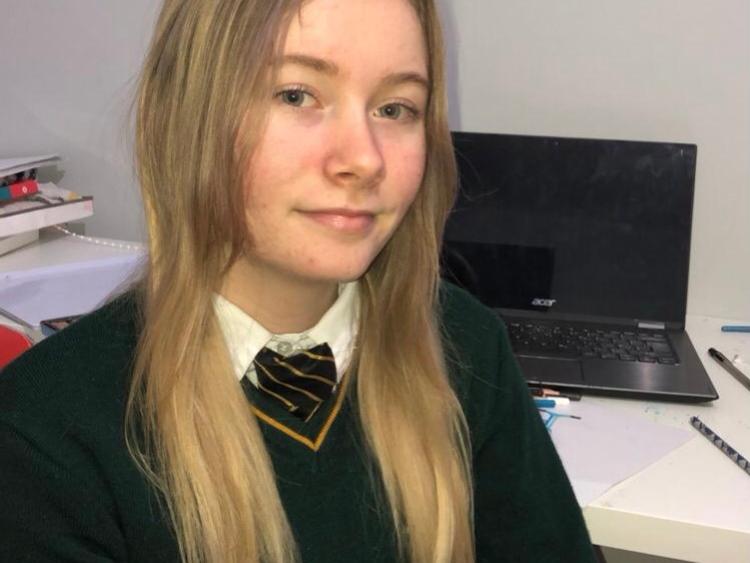 Roisin McCann from fifth year in St Clare’s Manorhamilton is one of the top 15 debaters in the country.
Roisin was exceptionally successful and out of hundreds of young debaters from all over the country made it to the top 15. Roisin worked incredibly hard and developed her articulation skills and argumentative style to qualify as one of Ireland’s leading debaters.
The Manor student competed, last year, in the all-Ireland Junior National Mace debate competition and made it through to the next stage. Roisin then had to create two different written speeches to progress on to the semi-finals where she was selected as a finalist!
Her first written speech was on the motion: ‘This house believes that the citizens of a State should be entitled to the full medical profile of the head of State.’ Each debate challenges the students and ensures they can argue in a political and contemporary manner.
Roisin’s next motion was: “This house believes that the European Union should recognise the Palestinian State”, again we see that the debates ensure that the candidates can see one statement or idea from various perspectives through critical thinking, critical listening and critical speaking.
Roisin was able to achieve all this and then undertook the journey into the finals with her recorded speech on the motion, ‘This house believes that the government of Ireland should proactively pursue a policy of Irish 32 county reunification.’
The Judges final feedback for Roisin was: ‘The Adjudicators thought that the way in which you developed an argument grounded in principle as well as pragmatism was particularly impressive. They stated that you had clearly put a lot of time and thought into your speech and it was very interesting to hear.’
Ms Faughnan, who runs the debate in St Clare’s, also commented on how proud she was of Roisin and her dedication and her skills. “Roisin has been a pleasure to work with, she represented her school, her county, myself and her fellow debaters to an exceptionally high standard.”
Congratulations to Roisin for qualifying into the top 15 Irish debaters. Also, congratulations to Hannah Smith (3rd year), Rebecca McGauran (3rd year) and Oriel Philipps (2nd year) who had reached the quarter finals of the league.