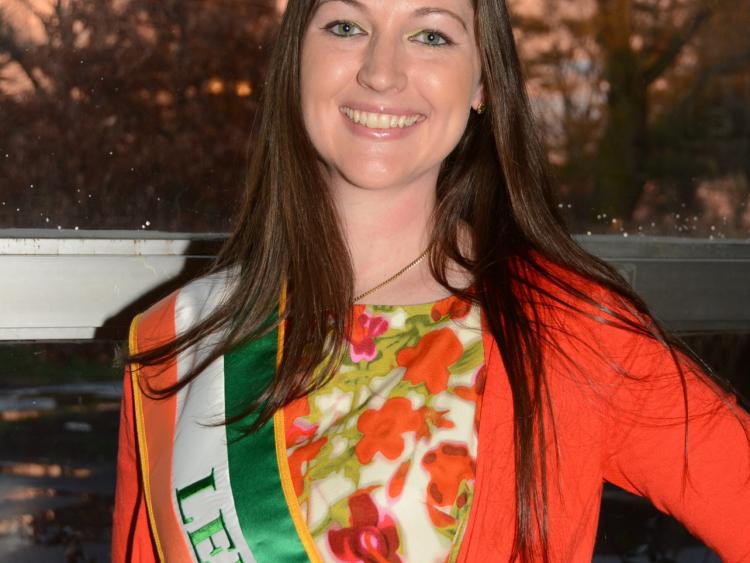 International Women's Day takes place this week on March 8 and is a global day celebrating the social, economic, cultural and political achievements of women. Significant activity is witnessed worldwide as groups come together to celebrate women's achievements or rally for women's equality. Marked annually, International Women's Day (IWD) is one of the most important days of the year when we celebrate women's achievements; raise awareness about women's equality; lobby for accelerated gender parity and fundraise for female-focused charities. This week the Leitrim Observer is acknowledging Leitrim women who have made an impact on life in our county whether that be through volunteer work, promoting the county, through music and inspiring us during Covid. It is a way of thanking and acknowledging them for all they do to enhance life for the better for their county men and women. Here they outline their early life, their influences and why promoting women is so important...

Growing up with an immense love for all things Leitrim

Sharon Margaret Brady, born in the Bronx, New York, in August of 1987; has grown up with an immense love for all things Leitrim as her parents, Frank Brady (Manorhamilton) and Helen nee Clancy Brady (Glenade) are natives of the lovely county.
Sharon has one brother, Douglas, who was just appointed as a Detective in the Yonkers Police Department.
Every summer, the Bradys would head to Leitrim for summer holidays. Sharon enjoyed her time exploring Glenade Lake, Glencar waterfall, Eagle’s Rock, Parke’s Castle just to name a few places.
Sharon’s personal struggles with a Speech Disorder helped shape her path towards helping others. Her parents always encouraged her to pursue her goals.
During her secondary school years, Sharon was the captain of her Cross Country and Track teams and led her teams to NYC school titles. She also played basketball and soccer.
Sharon received a Bachelor of Science in Communication Sciences and Disorders from Long Island University, C.W.. Post in 2009.
In May of 2012, Sharon earned her Masters of Science in Education with a dual certificate in Childhood Education and Students with Disabilities.
Sharon worked as a Special Education Teacher in the South Bronx for children with Behaviour Disorders, Autism, and Intellectually Disabled for 7 years.
She left her position as a classroom teacher in September 2019 to pursue her lifelong dream, a second Masters degree in Speech-Language Pathology. She will be graduating in September 2021.
Her parents helped her and her brother maintain a strong Leitrim and Irish connection through involvement in various organizations such as the County Leitrim Society of New York and the NY GAA.

President of the County Leitrim Society of NY from 2016-2017

Sharon, following in the footsteps of her father, was President of the County Leitrim Society of NY from 2016-2017. She is the youngest female in the history of the Society to hold the office of President.
In 2014, The Irish Echo honoured Sharon with their Top 40 Under 40 Award. This award honours those up-and-coming leaders of Irish America from every walk of life, and from every part of the nation.
She was also honoured as one of their top 6 awardees with the Shaping Young Minds Award.
In 2016, Sharon was selected as the New York Mary from Dungloe and represented NY (and Leitrim) in the 10-day festival.
She has travelled to Lourdes during the Easter season since 2010, as part of the American Special Children Pilgrimage Group (ASCPG). She ran the NYC Marathon in 2015 to raise money for the group. In addition, she was Eucharistic Minister at her parish at St. Paul the Apostle Parish.

This daughter of Leitrim natives has kept up with her sports and fitness and is an avid runner who ran 11 marathons in two years. Her goal is to a run a marathon in every state in the US. So far, she has completed 8 states, running NY three times.
In 2016, Sharon ran the Bermuda Marathon where she won her age group. However, with the pandemic it has been hard to get out. Nonetheless and undeterred she is registered for and hopes to run the Dublin Marathon this October.
Her love for photography developed at a young age. She joined the yearbook committee during her elementary and secondary school years. Sharon enjoyed capturing special moments in people’s lives.
Her parents helped her pursue her passion and bought her first camera as a graduation gift. She has taken her passion with her on trips through Europe such as football fields, busy city centres, and ancient ruins.

Having grown up around the GAA scene in NY, Sharon volunteered to take sports pictures for a variety of Irish American newspapers in New York.
At first, she was met with resistance as the playing fields from the backroom to sidelines, are usually a male dominated domain. When Leitrim came out to NY in 2013, Sharon’s father was asked to write the match report and if he knew a photographer who could take photos of the match.
He volunteered Sharon as she had the appropriate equipment to take on the task. It was such a great honour for her to be entrusted with a huge task to ensure that the people back in Leitrim could be connected by seeing photos of the game and also their loved ones.
Since then, Sharon’s photos have been published in newspapers both in New York and Leitrim. Her photos have graced both the front and back pages of the newspapers. She now hopes that by having her work published in the media that it will inspire other women to pursue a hobby they love by stepping outside of their comfort zone.

Sharon’s last trip to Ireland was in March 2019, when she flew over for the weekend with hundreds of staunch Leitrim supporters for the Leitrim v Derry final in Croke Park.
It was great to be a part of such an exhilarating experience. Sharon cannot wait until the Covid restrictions are over to return to Lovely Leitrim.

* The Leitrim Observer would like to thank Sharon for all the work she does for the paper through her photos. She has been instrumental in keeping the connection between New York and the home county going strong.
At all times Sharon has striven to promote all things Leitrim and she continues to play a major role in maintaining and developing the Leitrim society and all that goes with that in New York.