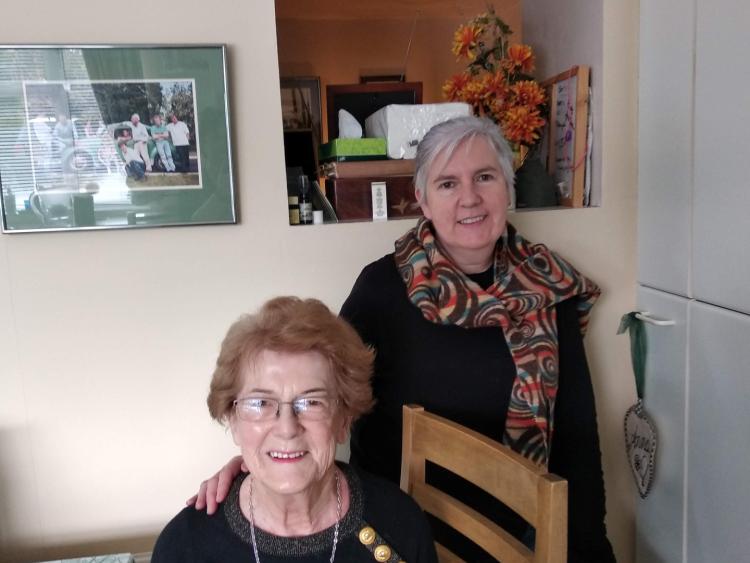 International Women's Day takes place this week on March 8 and is a global day celebrating the social, economic, cultural and political achievements of women.  Significant activity is witnessed worldwide as groups come together to celebrate women's achievements or rally for women's equality.  Marked annually, International Women's Day (IWD) is one of the most important days of the year  when we  celebrate women's achievements; raise awareness about women's equality; lobby for accelerated gender parity and fundraise for female-focused charities. This week the Leitrim Observer  is acknowledging Leitrim women who have made an impact on life in our county whether that be through volunteer work, promoting the county, through music and inspiring us during Covid. It is a way of thanking and  acknowledging them for all they do to  enhance  life for the better for their county men and women. Here they outline their early life, their influences and why promoting women is so important...

Reared in Mohill, Bláithín Gallagher left for education and work reasons, returning to rear her two children, Fiachra and Caoimhe, with their father, artist Johnnie Lawson. Living north of Drumkeerin, in Creevelea, she says she inherited her love of rural Ireland, in particular, all things Leitrim, from her parents.
“Both my parents were ‘blow-ins’ to Leitrim, but raised us with such a love of Leitrim, we felt it in our genes. Sunday family drives allowed us to explore and experience the beauty of this county. From a young age we were enchanted as we traversed the length and breadth of the county viewing rivers, lakes, hills, mountains, stone walls, hedges and unspoiled wilderness. There was a predominance of heather covered hills with gently meandering streams, not the widespread Sitka spruce plantations that now obscure the landscape.”
Bláíthín continues.
“There is something very special, warm and welcoming about the people. I think that was what my father realised very quickly when he adopted here as his homeplace. He, in turn, was adopted by the people, as one of their own. Leitrim represents a microcosm of life in Ireland from the very rural to the cosmopolitan. Populated by a friendly, giving people, who thankfully, not yet too wrapped up in the speed of life, are generally full of hospitality.”
The middle child of what were nine opinionated siblings, her late father, Pat Gallagher was a vet and a farmer, a man who taught her the importance of ethics.
“From an early age I learned through my parents to stand up for what is right. My role as middle child helped develop skills as both a negotiator and a mediator.”
Bláithín’s education comprised of undergraduate studies in Communications (Film and Media Studies), an MPhil degree in Women’s studies and a PhD in Medicine - Vision Science! A broad education, which facilitates many different perspectives.

The Leitrim Guardian is unique, Ireland’s oldest and only county journal produced and published by voluntary effort since 1968, it provides an archive of life and culture in Leitrim.
“With my long interest in writing, my mother Anna convinced me to join the Leitrim Guardian committee, shortly after I moved back to Leitrim. Little did I think I would become editor one day. It has been both an honour and a privilege to serve as editor for the past eleven years.”
Bláíthín is also Chair of The Model, home of the Niland Collection, Art gallery and venue in Sligo.
Passionate about getting things done, Bláithin says: “Active citizenship is important to me. Thankfully, there are many others with the energy, sense of initiative, enthusiasm and commitment to serve the needs and interests of communities. It is on the backs of active citizens that our county and country is built. It is not about the individual, rather it’s about working in partnership with likeminded people to get things done. I am blessed with a sense of optimism and the ambition to work through any obstacle and to find and implement a workable solution.”

Having worked all her adult life in the not for profit sector, moving between NGO’s and academia, her career spans the field of the arts, education, disability, and ageing. More recently, Bláíthin has become involved in politics adding the roles of Chair of the National Executive of the Green Party Ireland and National Coordinator to her voluntary resume.
“It was time to take a step forward, to be an actor in making lasting change. Like most parents I wanted to help shape a future for my children, improve the world where they would grow up and grow old; help find a voice for those who have been silenced and secure a sustainable society based on climate and social justice.”
Bláíthin goes on to say, “We need to work towards making politics more family friendly, to encourage much needed diversity. Do you know that there is no maternity leave for elected representatives? Just 24% of all elected councillors are female, with the lowest figures predominantly in rural areas. Across the political spectrum, the unique perspective of the female outlook is not reflected in equal measure to that of the male. Increasing female participation is the only way we are going to effect change in society and create equality and equity.

“The Green Party’s commitment to gender equity, the continuous carving of space to ensure representation of women’s voices is very attractive. I am proud to be one of the four females out of six members at the Leaders table. 56% of our councillors and 31% of our Senators and TDs are female. Equal access for females to leadership roles is essential. Our patriarchal world of glass ceilings, gender pay gaps, a world where women still hold the primary responsibility for domestic and caring duties, has been evidenced during the current pandemic. Should we accept a society where we means-test family carers, people who provide the state with a valuable service and financial savings? If this role fell primarily to men, there would be no means test. The work would be valued and properly priced.”
Bláíthín finishes, “Mary Robinson got it right when she said, ‘It's only when you have a critical mass of women in politics that you get women's issues attacked.’
“For as long as I feel I can make a difference, I will continue to be active in society. It is imperative that those of us with a voice keep shouting out for those who are silenced, until they too can be heard above the din.”