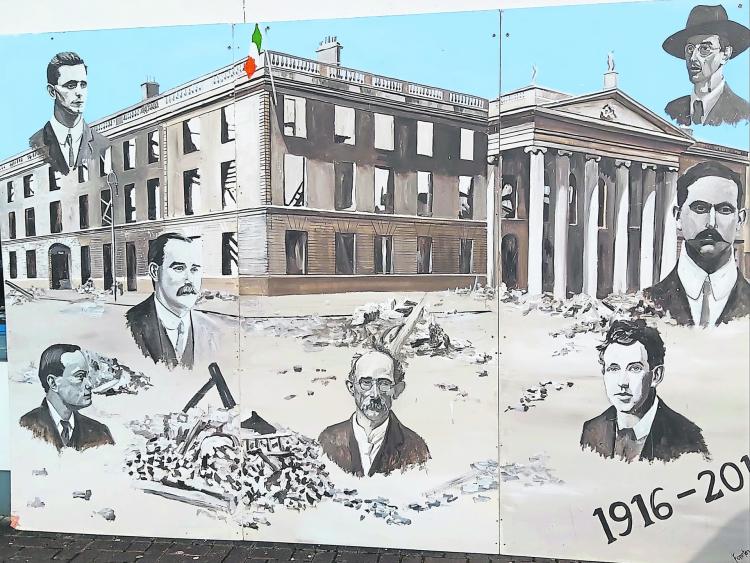 The North Leitrim Men’s Group honoured the men and women who participated in the 1916 Rising when they recently completed an impressive mural of them outside the Bee Park Community Centre’s Men’s Group offices in Manorhamilton.

Men’s Group spokesperson, Joel Smith explains “with most events disrupted by Covid-19 it was hard to find a way to mark the Easter 1916 Rising. But the North Leitrim Men’s Group were able to erect this large panel painting outside their Offices for the Easter Weekend.

“The work was completed in the centenary year by the Men’s Group. North Leitrim Men’s Group salute the men and women of 1916,” Joel added.