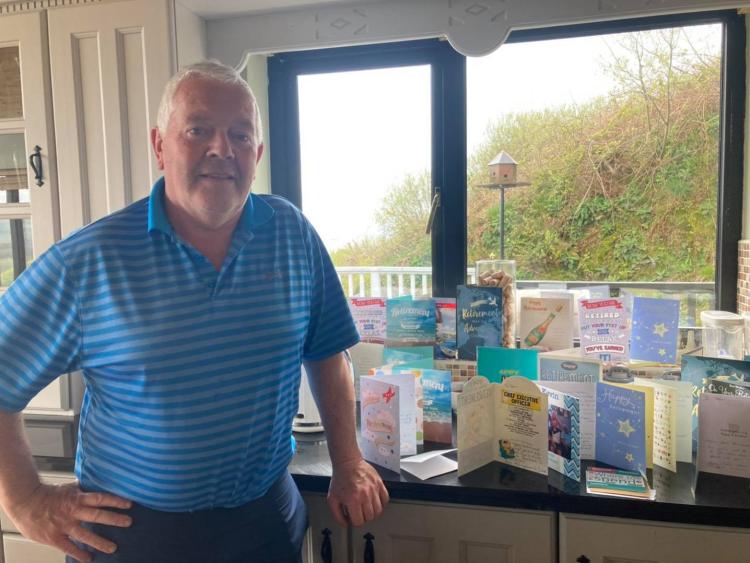 Manorhamilton native and Donegal Garda, Kevin Gilgunn retired from An Garda Síochána on Thursday, April 15 after forty years of service in the force.

The popular Killybegs Garda and Manor man joined the force in 1981. Following his graduation from the Garda Training College in Templemore, he was posted to Scotstown, Co. Monaghan, where served for five years.

He then took a break from police duties for a few years and moved to New York in 1986 where he worked in a bar. He returned to his Garda duties in 1991 in Pettigo, Co. Donegal, where he served until 1997.

After his Pettigo sojourn Kevin transferred to Killybegs where he completed his final twenty-three plus years of Garda service on which the curtain came down on Thursday.

In a tribute to Kevin, the Killybegs Online Facebook page stated “he will be gratefully missed by his Garda family and the Local Community for his work as a Garda.

“But thankfully he is staying in Killybegs, where he will serve as Lord of the Manor in his B&B in Fintra.”

The Killybegs Online Facebook page also noted when Kevin came to Killybegs “he very quickly settled in and got to know everyone in the area in a very short time. He became a very keen golfer and later took the Captain’s job in Narin and Portnoo and the Killybegs Golfing Society.”

The Facebook page added “so, on behalf of everyone in Killybegs, enjoy your retirement, stay safe and thank you” Kevin.