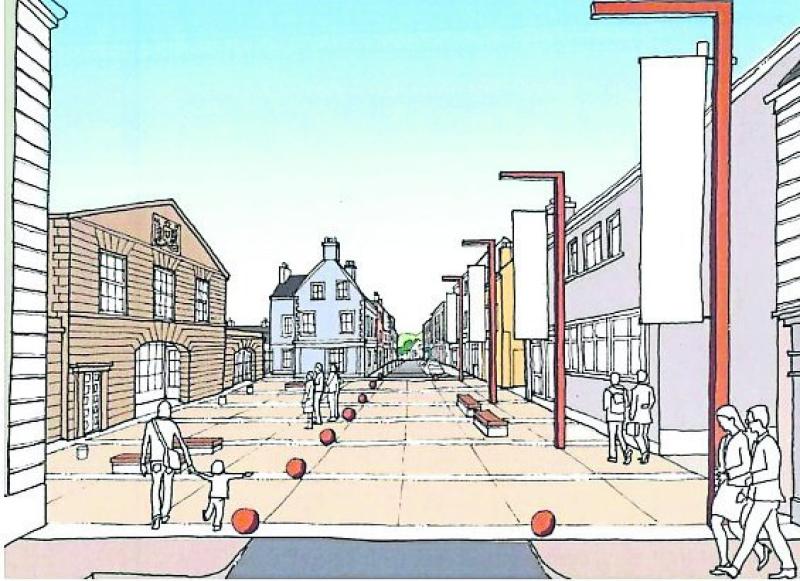 An artists impression of the completed works

The planned public realm enhancement works set to begin towards the Summer this year must not be allowed to disrupt the return to normal business operation in Manorhamilton.
Cllr Felim Gurn told the Manorhamilton April Municipal District meeting that businesses are already struggling because of forced closures.
“Businesses will go through the roof if they are trying to restart and work starts on the public realm,”said Cllr Gurn.
“This has to be done as soon as possible so there is as little disruption as possible when businesses get to reopen (after the lockdown).
“When we do finally start working again,” said Cllr Gurn, who also works as a publican in the town, “opening will be a nightmare if the streets are dug up”.
Cathaoirleach of Manorhamilton MD, Cllr Sean McDermott noted that Cllr Gurn raised a valid point.
Director of Service, Mary Quinn said that she would see if clarification could be given on the intended start date for the public realm works in Manorhamilton in advance of the next Municipal District meeting.