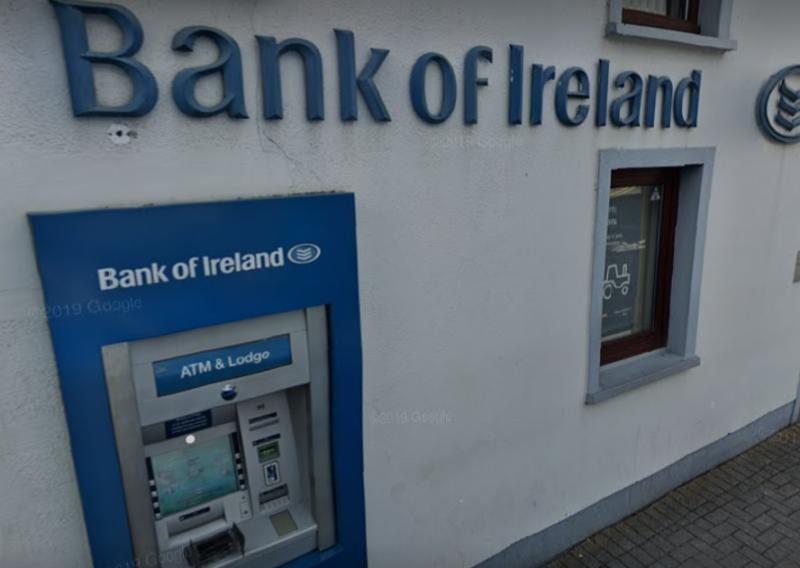 People in Manorhamilton have been waiting in trepidation since the shock announcement earlier this year that the town’s Bank of Ireland branch would close in September, when several other branches of the bank in towns countrywide would also be shut.

After well over a century providing banking services in Manorhamilton, the local branch of the BOI will no longer operate in the town following its closedown on Friday, October 8 when in shuts its doors on its last day of business in Seán MacDiarmada Street.

Customers of Manorhamilton’s Bank of Ireland branch were informed of the bank’s closure by email last week. Customers were advised that after October 8 they can continue with their Bank of Ireland account's business at the Sligo branch in Stephen Street while customers will also have an option of accessing some of their banking services at the Post Office, which the BOI will arrange for them. Regarding the arrangement for customers conducting their banking business with the Post Office after the Manor BOI branch's closure, the email to customers stated that “a new arrangement with An Post will allow Personal and Business Current account and Demand Deposit account customers to carry out a range of banking services at local post offices.”

The Manor BOI branch's email to its customers explained how they can conduct their bank account business after it closes in October, and it also gave a full explanation of how BOI account holders can do their business, including cash lodgements and withdrawals, with the Post Office, as well.
Meantime in her email to customers, Aoife Leonard, who is the BOI's Director Distribution Channels Retail Ireland, apologised for the Manohamilton branch's closure and assured them that the bank staff would assist them as far as possible in the interim.
Ms. Leonard stated, “I understand that you may be disappointed that your branch is closing, and I apologise for any inconvenience this may cause. We value your business and are committed to meeting all your banking needs, now and in the future.
“Our branch staff will be available to help and support you during the branch closure period. Thank you for banking with Bank of Ireland.”

When the Manorhamilton Bank of Ireland closes on October 8, the town will have only one commercial bank operating, namely the AIB.

Just over six years ago Manorhamilton's Ulster Bank closed its doors and its customers had to transfer to the Stephen Street branch in Sligo. The Ulster Banks in Sligo is now set for closure following an announcement in February that of all its banks in the Republic of Ireland will cease trading in the next year or so.